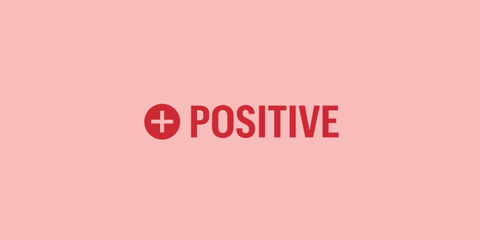 Sometimes dating can feel like a long obstacle course of confusion, sex, and Hinge, but throw in an STI and it's like you signed up for the Amazing Race but ended up on Survivor.

But how different, really, is dating with herpes? One in every six people between the ages of 14-49 have it, and the majority don't even know (!). To help us demystify the experience, we spoke with herpes-positive blogger Ella Dawson, 23, to tell us about what really happens when you date with the STI.

Marie Claire: How has having a STI affected your dating life?

Ella Dawson: Now, when I date, I have to have a conversation about the fact that I have an STI. That used to really freak me out, especially in the beginning when I was newly diagnosed and still learning about the virus and very self-conscious about it. It can be really scary to have a conversation with someone that you just started dating because you're so worried that the other person will judge you in that moment.

MC: Can you talk about some of the specific experiences you've had?

ED: When I was diagnosed, the person I was dating was the classic college boy. He was really freaked out and quite worried about his reputation and people thinking that he had herpes. Once I left that relationship I realized that he had been treating me in a way that was really inexcusable, and decided that nobody gets to make you feel worthless. It doesn't matter what virus you have or what decisions you've made in life, there's no justification for that.

Going forward I was prepared to be treated badly and expected harsh rejections, but I didn't get them. Everyone I was interested in after he and I broke up was really kind and had a sense of humor, and I never went through an experience like that again. I've had really positive experiences; I've had one serious relationship, I've had a couple consistent partners who were more casual, and I've been on Tinder.

MC: How did you overcome your initial worries about dating with herpes?

ED: I think everybody after they get diagnosed reads the statistics about how common herpes is, but then looks around and goes, "But I don't know anybody who has herpes! If one in six people and one in four women have genital herpes, why haven't I heard about it from my friends and family members?" It's usually because it's a really terrifying conversation to start and it's not something that we bring up in casual conversation. I was never quiet about having herpes because I tend to blurt out things when I'm upset. I began to talk about it in classes and mention it at parties­–occasionally alcohol helps with that–and as soon as I did other people started responding and taking me aside or sending me messages to tell me about their own experiences with STIs. I started to see the statistics in person–these were people I knew, teachers I respected, friends I've had for years.

"I'm not sorry that I have herpes. It's made me a great partner."

MC: How do you tell a potential partner that you have herpes?

ED: I think that this is super individual. What I say is "Hey, this is something that you should know about me. A few years ago I contacted this STI and it's relatively easily preventable if we use condoms and I will always tell you if there's something that you should know, like if I'm having an outbreak or anything like that. Feel free to take time or do research but this is just part of my life, and I hope that's okay with you." Coming at it from a place of confidence is huge. Also, a lot of people have the impulse to apologize for the fact that they're putting their partner in this position. But I personally try to never do that anymore, because it's not something that you should be apologizing for. It's just part of being with you, a part of your life. I'm not sorry that I have herpes. It's made me a great partner, and I will do the best that I can in terms of keeping that person safe.

MC: What other dating lessons have you learned?

ED: Unfortunately, there's no way to "hack" dating with an STI. People really want a script and to know exactly what to say. I disclose really early, because that's who I am as a person and that's really important to me. Other people wait until they've had a few dates and they're ready to start having sex with that person. I know a lot of my friends who have STIs will sometimes text that person that they're getting to know that they have the STI, and then they can very elegantly lay it out. It's hard sometimes to vocalize those things, and it's sometimes scary to look at someone's face when doing that.

My only caution with that would be: Always be confident before you put something in writing, because people screenshot things. Also, I always tell people: If you need time, take it. I've had partners disappear and then come back because they were off getting tested and wanted to know before they got involved with me what they already had and bring that to the table. Some people don't need the time at all. I had a disclosure when I was in college where I told someone that I had herpes and in mid-conversation he Googled it, looked at the transmission statistics and was like, "I don't care. That's fine." It was wild. Everybody's different, but I try not to let that anxiety get the best of me when I'm waiting for someone to make up their mind.

MC: What advice do you have for women who aren't as comfortable with their STI but would like to begin dating again?

ED: My advice is to arm yourself with as much knowledge as you can about the virus and how it works, including how to keep yourself and your partner safe. You don't have to throw a bunch of knowledge at them, but if it seems like you are an expert in your own body and your experience it will be really reassuring for a partner. Getting herpes can feel like it fundamentally changes who you are and defines you in that moment, but at the end of the day, it is just a skin disease and a lot of people have it. There are a lot of things that are far more important to who you are as a person. And that's what you bring to a relationship—the person you are, not the virus you have.

Looking for resources? Check out The STD Project and Herpes Opportunity for more info.