If you’re one of the 99 percent of American women who will use birth control at some point in their lives, you may want to pay attention. Last week, a leaked memo showed that the Trump administration intends to cut family planning funding and encourage women—including teenagers—to abandon birth control in favor of the rhythm method.

Maybe next the White House will advise women to just stick an aspirin between our knees.

The Trump White House wants to implement radical policies that rely on junk science and ideology.

The memo, a document outlining the administration’s policy hopes for issues ranging from family planning to the travel ban, shows that the Trump White House wants to implement radical anti-contraception policies that rely on junk science and ideology over what's been proven safe and effective for for women and girls. The focus on “fertility awareness”—in which women avoid sex during their most fertile days, a practice that will fail 1 in 4 couples—seems to come from health care policy advisor Katy Talento, a woman who has argued that birth control will “break your uterus for good.” Talento insists that hormonal birth control increases the chances of cancer (it actually helps prevent some cancers), that it causes abortion and miscarriage (it does not), and that, “the longer you stay on the pill, the more likely you are to ruin your uterus for baby-hosting.” The pill has no effect on future fertility...and not everyone wants to "baby host." But sure, Aunt Katy.

As absurd as this all sounds—uterus breaking and baby-hosting—it’s part and parcel of the conservative movement’s long-running war on birth control and women’s freedom. These are people and organizations who have fought against contraception for decades because of the belief that it goes against women’s “natural” roles. 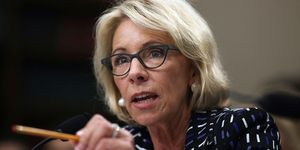 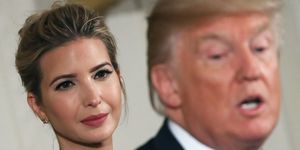 It wasn’t so long ago, for example, that President George W. Bush appointed Dr. W. David Hager to the FDA’s Advisory Committee for Reproductive Health Drugs, a man who worked against over-the-counter status for emergency contraception because it meant women “did not want to take responsibility for their actions.” Before his appointment, Hager was best known for writing a book advising women that prayer could cure PMS.

Those were the same years that abstinence-only education was in full effect, when teachers taught students that condoms cause cancer, and that girls needed to watch what they wore because boys simply couldn’t help themselves.

And when companies like Hobby Lobby wanted to discriminate against their workers for using birth control, they were supported by organizations like The American Freedom Center, which argued in an amicus brief that birth control has "harmed women physically, emotionally, morally, and spiritually.” (I suppose there's an argument that the swollen breasts and mood swings are spiritually annoying?) The Beverly Lahaye Institute and Janice Crouse also urged the court to consider the “documented negative effects the widespread availability of contraceptives has on women's ability to enter into and maintain desired marital relationships.” (My husband will be really bummed out to hear that one.)

Conservatives have argued that contraceptives negatively affect a woman's ability to "enter into and maintain desired marital relationships."

Conservatives like this believe the advent of the pill and widely-available birth control is responsible for everything from out-of-wedlock births to domestic violence; they think that women not being bound by marriage and gendered norms means the society as a whole declines. (They rail against out-of-wedlock births, but they're also anti-abortion, yet they hate birth control. I'm confused.)

While conservatives’ efforts to ban abortion are well-known, their work to roll back birth control has largely been done under the radar. Contraception is very, very popular; moves to take it away are not.

So far, that hasn’t stopped the Trump administration from bringing back old-school norms on contraception. Earlier this month, the White House argued that one reason for ending Obamacare’s birth control mandate is that it could promote “risky sexual behavior” among women and teens. First of all, research shows the opposite: access to contraception does not increase sexual activity. And secondly, I don’t know about you, but I’d classify a teenager using the rhythm method as a hell of lot riskier than one using actual birth control.

But we all know this isn’t about risk. This isn’t about health. It’s about believing that women should only be having sex if they’re married, and only to make babies. I think speak for most of the 99 percent when I say to conservatives: Women are going to use birth control when they want, have sex when they want and with whom they want. Scare tactics and lies haven't stopped us, and neither will you.