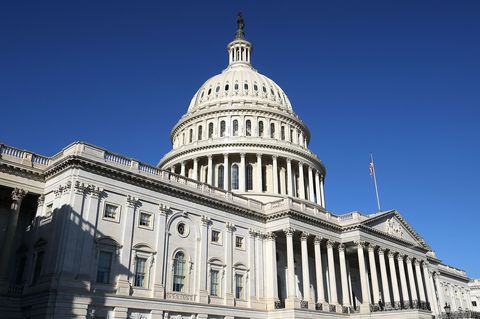 As you've heard by now, the federal government is officially shut down. While the House reached an agreement to continue funding the government through February 16, similar proposals in the Senate failed, largely because the Republicans and the Democrats can't come to an agreement about DACA, the Deferred Action for Childhood Arrivals act.

Now that the whole country's in legislative limbo, what happens next?

If you happen to work for the federal government, you might have to go on furlough—unpaid leave from work. If you don't, you might notice lapses in services. And of course all of us will feel the pinch of yet further strain on our already brittle political system.

As for the basics, here's how the shutdown will immediately impact you.

Will the mail still come?

Yes. The U.S. Postal Service isn't funded by tax dollars, so your packages will continue coming as scheduled.

Will roads be closed?

No—but maintenance and construction might be put on hold.

How does this affect tax filing?

Half of all IRS employees are going on furlough, but that doesn't change the fact that your taxes are due on April 17. It does impact tax-form processing, if the shutdown continues, so your refund check might be delayed.

Will Medicare and Medicaid still be funded?

Yes. They're considered essential programs and will remain funded. Funding for the Children's Health Insurance Program (CHIP), however, is up in the air.

Yes, that's another essential program. Note that new and replacement cards won't be processed until the government reopens.

Will I still be able to fly?

Yes. The TSA will still be active at all airports around the country.

Will this impact flu season?

It definitely could. The CDC will have to suspend its seasonal flu program, which is not considered essential.

Will Congress and the President still be paid?

Yes they will. They make the laws, after all.

Kayleigh Roberts Kayleigh Roberts is the weekend editor at Marie Claire, covering celebrity and entertainment news, from actual royals like Kate Middleton and Meghan Markle to Hollywood royalty, like Katie Holmes and Chrissy Teigen.
This content is created and maintained by a third party, and imported onto this page to help users provide their email addresses. You may be able to find more information about this and similar content at piano.io
Advertisement - Continue Reading Below
More From Politics
The Hope and Heartbreak of Derek Chauvin's Verdict
What Mainstream Environmentalism Gets Wrong
Advertisement - Continue Reading Below
Ma’Khia Bryant: What We Know
Jury Finds Derek Chauvin Guilty on All Charges
Senator Hirono on Her New Memoir 'Heart of Fire'
How to Demand Justice for Adam Toledo
Daunte Wright's Death Sparks Protest in Minnesota
41 Surprising Rules First Ladies Have to Follow
Asian American Women on Where to Go From Here
Syrian Journalists Reflect on a Decade of War