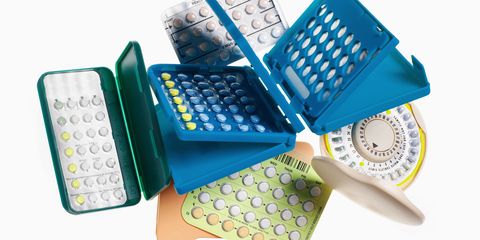 Over the past several months, the international community has anxiously watched the Zika virus rapidly spread across the Americas. According to the Centers for Disease Control and Prevention and other medical organizations, there is strong evidence that this virus causes some children to be born with small craniums and brains, a condition known as microcephaly. Many children born with microcephaly die soon after birth; others live longer, with serious developmental disabilities.

In an effort to reduce the incidence of this tragic condition, some governments have encouraged women to avoid or delay getting pregnant. In El Salvador, the Ministry of Health has advised women to delay pregnancy until 2018, while Brazilian authorities have suggested a more modest six-month delay on new pregnancies.

"Ironically, many of these same governments have significant barriers in place for women who want to heed that advice."

Ironically, many of these same governments have significant barriers in place for women who want to heed that advice. Women across the region have limited access to contraceptives and other reproductive health services.

According to a recent report from the Kaiser Foundation, five Western Hemisphere countries with active Zika transmission–Guyana, Haiti, Bolivia, Suriname, and Guatemala–have Contraceptive Prevalence Rates, a measurement of access to modern methods of birth control, at or below 50 percent. Other countries with active Zika transmission, including the Dominican Republic, El Salvador, and Honduras, struggle with a lack of access to contraception.

Many of these countries also have overwhelmingly strict anti-abortion laws. Last year, we wrote a letter to Secretary Kerry outlining our concerns regarding these laws. High rates of sexual violence in many Zika-affected countries have in turn worsened the conditions created by the existing anti-abortion laws. In these countries, the Zika virus has caused women's health situations to go from very bad to even worse.

In addition, many of these countries' recommendations to combat Zika glaringly and worryingly overlook one half of the equation of becoming pregnant: a man. While women must fundamentally have control and legal decision-making over their own bodies, we must also reach men with family planning education.

"Many of these countries' recommendations to combat Zika glaringly and worryingly overlook one half of the equation of becoming pregnant: a man."

Preventing the spread of Zika virus will require a high-level and coordinated effort on the part of governments throughout the region. It will require accelerating research into vaccines, eradicating the Aedes aegypti mosquito which is principally responsible for transmitting the virus, and improving tools for diagnosis and screening. We stand ready to support President Obama in his fight against Zika at home and abroad, as well as the Administration's pursuit of a vaccine, and we look forward to working with our allies to properly address this regional crisis.

As women Members of Congress, and staunch advocates for a woman's right to make her own health care decisions, we urge the global community to join us in calling for improved access to family planning resources, including education and contraception. Women and men facing the risk of Zika infection need the resources and information to make voluntary, informed choices on family planning—not anti-women's health policies that leave them without viable options.