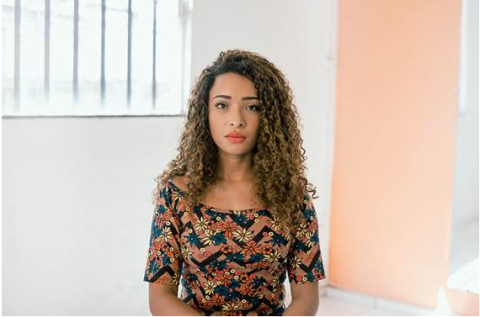 In Brazil, 500,000 people are raped every year–but only 10 percent of cases are reported. Here, one survivor, Girlene from Maranhão, shares her story.

My mother was abused by my father. I was so little I didn't even notice her bumps, bruises, and scars. Soon after he started assaulting her, he moved on to hitting my sister and me. My sister endured a broken nose; my collarbone was fractured. When I was about 10, my mother finally left him.

We didn't have much money without my father around, so I started working as a maid with my sister to support us. What little money I made (about $15 a month), I brought directly to my mother and then returned to the house to work in demeaning conditions: I was fed very little and forced to sleep on the floor. I was only allowed to go home once a month. After six months, my sister and I were totally exhausted and couldn't take it anymore, so we went back to living with our mom.

"As I was showering, my stepfather barged in and put his hand on my mouth and raped me. I was 13."

By that time, my mother was living with another man. At first, he was an amazing support system to the family—he treated us well and pitched in financially so my sister and I were able to go back to school. Then he started to get upset that we were around so much. Suddenly, we weren't allowed to turn on the lights to study and when we arrived home after school, he'd throw away all of the food just so we couldn't eat it. But, my mother always took his side—everything was always our fault.

One day, after dance class, I arrived home and went to take a shower. The bathroom was outside and there was no door–just a shower curtain. As I was showering, my stepfather barged in and put his hand on my mouth and raped me. I was 13. Afterward, he pushed me onto the ground and left. I lay on the floor trying to understand what had happened amidst pain and bleeding. To this day, I still have flashes of those moments.

My stepfather told me my mother wouldn't believe me if spoke up about what he did to me. He was right. When I tried to tell her the following day, she wouldn't let me finish the story. She interrupted, saying it was in my mind and not real.

I continued to live at home for several months because I didn't have anywhere else to go. My stepfather kept physically harassing me, touching me inappropriately whenever he could. If I was in the kitchen he would grab my hair, my butt, or touch my breasts when no one was looking. I was so afraid to be home alone with him. When my mother was away, the harassment was worse.

"Dancing has helped me fight this big monster that's been at my side. When I danced, I grew bigger and stronger than the monster."

My mother's relationship with him was simultaneously deteriorating. While my sister and I were at school, they had a really bad argument. By the time we got home, she had made a decision. She said she was happy with him and couldn't jeopardize yet another marriage. She opened the front door and asked us to leave.

My sister went to live with her boyfriend. I spent two days sleeping on the streets. That was when I met two social educators from a youth organization who proved to be crucial to the rest of my life—one of them invited me to live with her.

Living away from my mother and stepfather for the first time, my confidence flourished. I started participating in many workshops, including those run by Plan International Brazil. I learned about sexual exploitation, my rights, and youth advocacy. Slowly, they encouraged me to find my voice. In fact, after I took part in a communication project, I finally found the strength to tell one of the social educators what happened to me when I was 13.

I also found hope through dancing, something I was so passionate about when I was younger but I abandoned after my assault. Coming back to dance—as a way to set myself free from the demons which so often kept me awake at night—has been transformative. Dancing has helped me fight this big monster that's been at my side. When I danced, I grew bigger and stronger than the monster. There is no money that can buy this feeling.

Sexual violence is pervasive in Brazil due to a lack of public policies that address the scenarios that allow for this type of assault to persist. If these issues are tackled through awareness sessions—as Plan International Brazil is trying so hard to do—girls could have a different future.

"Sexual violence is pervasive in Brazil due to a lack of public policies that address the scenarios that allow for this type of assault to persist. "

For me, I wish I hadn't held my secret for so long. I felt like I was the one to blame. Now, I've realized I'm not guilty. The survivor is never guilty.

Today, I'm 30 years old. I have graduated. I have my own dance studio, which I co-own with my husband, and I am an educator. I've achieved everything I wanted, despite what happened to me all those years ago.

A big part of my life has been pain, but today, I've set myself free.