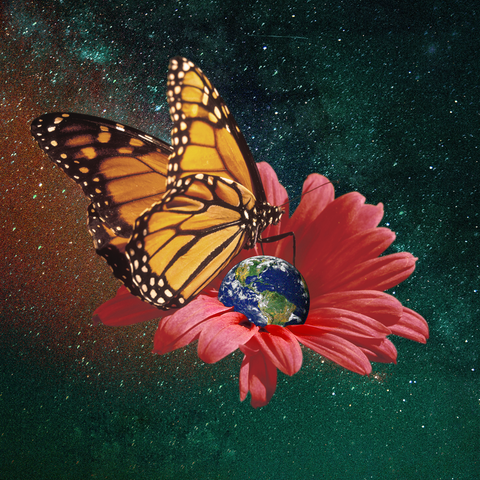 When those among us who aren’t rocket scientists (that is, most of those among us) think about NASA, we think about space travel. It’s kind of their calling card, ever since the whole put-a-guy-on-the-moon thing. And space travel, in general, seems to be one of the few things Americans can agree on in these wildly divided times: According to a 2018 Pew Research poll, approximately seven in 10 Americans, regardless of party, believe that “it’s essential for the U.S. to continue to be a world leader in space exploration.”

But what Americans might not realize is that the National Aeronautics and Space Administration (NASA) does a lot more than explore the solar system. Right now, the agency is facilitating the examination of this planet, including the march of climate change. “Some of us bump into people and when we say we work for NASA, they say, ‘What part?’ And then we say we work for Earth Science and they say, ‘NASA does earth science?’” says Dr. Paula Bontempi, the deputy director for NASA’s Earth Science division.

Not only does NASA totally do Earth Science, but the division is coming up on its 50th anniversary. And in that half-century, it’s been responsible for some of the most groundbreaking discoveries around how our planet is changing as a result of human activity—from the melting of polar ice caps over time, to which years had record-breaking warmth, to the existence of a hole in the ozone layer that resulted in the Montreal Protocol and stringent international chlorofluorocarbon bans. You know, all the climate change hits.

“NASA uses the unique vantage point of space to look at the earth,” says Dr. Bontempi. “And the advantage there is that we get a picture of the entire globe and its properties, like what's going on in the oceans, on the ice, in the solid earth, on the land, and in the atmosphere.”

Right now, according to Dr. Bontempi, NASA Earth Science is looking at, among other things, the formation of snow bands in New England, the movements of the Mississippi River as a result of sea level rise, and how to identify areas susceptible to wildfires. “And then we have all sorts of programs in the ocean to figure out how the ecology of the ocean is changing, from tiny little microscopic algae all the way to the impact of climate change on megafauna, like fisheries and whales.”

It’s sort of amazing that a taxpayer-funded agency can do this work, even while many of the people at the highest level of our government deny the seriousness of climate change. And not for lack of trying: For years, the Trump administration has attempted to pull funding from several NASA projects, often in the areas of outreach and earth science, while increasing funding for manned moon missions and Mars exploration.

Notably, the PACE (Plankton, Aerosol, Cloud, ocean Ecosystem) satellite project launching in 2022, which will monitor, among other things, how climate change is affecting ocean food webs, has had to fight off cancellation by Trump. Recently, it was announced that the Elon Musk–founded SpaceX won an $80.4 million contract to launch PACE, saving it from further potential cuts. That might be a trend we see more of: private space companies, including SpaceX and Jeff Bezos’s Blue Origin, picking up the tab for NASA projects as the current administration routes money to Trump’s pet projects. Climate change—which the President has incorrectly called a “hoax”—does not make that list.

According to NASA, Earth’s global surface temperature in 2019 was the second warmest on record. Watch the evolution of global warming above.

NASA has no qualms about telling you exactly where it stands on the climate change issue. “Ninety-seven percent of climate scientists agree that climate-warming trends over the past century are extremely likely due to human activities, and most of the leading scientific organizations worldwide have issued public statements endorsing this position,” reads the agency’s website, on a page labelled “Climate Change: Evidence.” The site also exhaustively covers exactly what that warming trend is doing to our ecosystems and how they’re monitoring it. The agency isn’t responsible for writing policy—it merely provides research that the public, educators, and policymakers can use to inform decisions about our everyday lives.

Still, what remains to be seen is how NASA and private space companies are contributing to the climate change crisis themselves. According to Eos, a science site affiliated with the nonprofit American Geophysical Union, there are a bunch of chemicals, particulates, and even water vapor emitted during rocket launches that could be negatively impacting the climate, the ozone layer, and our environment in ways we aren’t yet aware of because we just aren’t studying it enough. While the NASA Earth Science division isn't currently conducting any experiments on rocket emissions, they are monitoring changing emissions. A UN report notes that rocket emissions make up less than 0.1 percent of total CO2 emissions, and that an increase in independent space missions are more likely to affect the climate than NASA is. The true impact will depend on rocket design, launch vehicle sizes, launch rates, spaceport locations, and fuel types.

I ask Dr. Bontempi what she would say to people who are still skeptical of climate science. “You don’t come out and tell somebody they’re wrong,” she says. “You say, ‘Let me explain to you how the earth works and how we know the scientific data that are out there.” Mostly though, she wants people to feel free to ask questions directly at the source, to feel like they have the tools they need to understand earth science: “I want people to know that this is their space agency. We're out there collecting all sorts of data to not only explore our home planet and to discover new things about it, but to also fund research that will provide for sustainable resources. Because we only have one earth system.”

So while climate change is a terrifying threat, it’s reassuring to know that some of the best minds in the world are working hard to understand exactly what we’re dealing with and making sure we understand it too, no matter who’s in office. While that might seem like just a small step in the right direction, you know what NASA says about small steps.