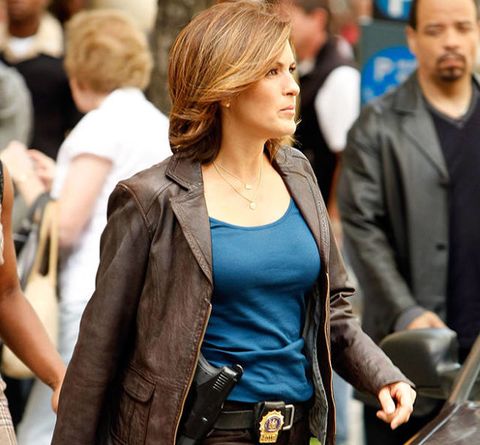 It reads like a Law & Order: SVU episode, but it's true: A year ago, a friend of mine left her two roommates at a bar to walk the three blocks home to their apartment in a yuppie Boston neighborhood. She wanted decent sleep before a Saturday morning exercise class; her friends wanted late night food. Instead, she was jumped by a stranger on the curb of her apartment building, brutally raped, and beaten in her living room while her roommates ate burritos, none the wiser.

My friend is okay now—well, as much as possible—but I know she often replays those events, wondering if she should've just stayed out with her friends and slept through the gym class. If she'd done something, anything, differently, would it have changed the outcome of her night? It's an unproductive exercise, both she and I know. And yet when I heard about Kitestring, she was the first thought that flashed in my mind, because maybe Kitestring would have helped her, had it existed then.

Photo: On Kitestring, you can customize the time frame of when it should check up on you

Kitestring is a new service that aims to make sure people get from point A to point B safely, notifying their emergency contacts if they don't. It's not the first of its kind, but it's the probably the best; unlike bSafe or Nirbhaya, which both alert your emergency contacts if you're in trouble, it doesn't require you to touch anything (like bSafe) or shake your phone (like Nirbhaya) to send the distress signal. Kitestring is smarter, because it doesn't need an action to alert people, it needs inaction.

It works like this: You tell Kitestring that you're in a dangerous place or situation, and give it a time frame of when to check in on you. If you don't reply back when it checks your status, it'll alert your emergency contacts with a custom message you set up.

Photo: You can also customize the message it sends out to your emergency contacts, and set custom check-in and duress codes for added security

You can easily push back the check-in time if you're taking longer in transit by texting it "10m" for ten more minutes, or turn it off entirely by telling it "ok," once you get where you were going safely. You can also set custom check-in and duress codes, which add an extra layer of security. They've thought of everything, and it's great.

But while I, along with many other people, am calling it an "app" for the sake of familiarity, really, it's not. It's a web-based service, so it works on any type of phone that has web browser: Android, iPhone, BlackBerry, whatever, which is amazing. Everyone can have it, and everyone should. Because—as my friend tells me—when you're really in danger, you don't have the time or the reflexes to enter your passcode on your iPhone and text or hit a special little button to tell someone about it. You won't have time to do anything. Thankfully, though, Kitestring will do it for you, if you let it.

This article originally appeared on elle.com