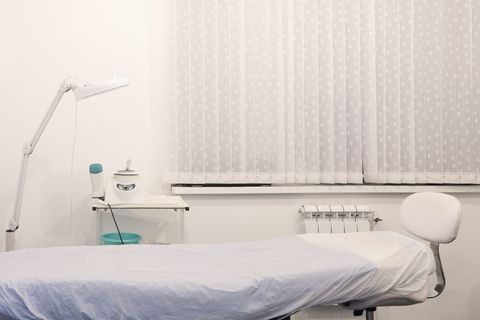 There's been a surprising new twist in the fight over abortion rights in America: Fewer women are exercising them. The abortion rate has dropped by about 12 percent in the last five years, according to a survey by The Associated Press.

Sure, many states have passed restrictive laws for abortion clinics, which may have contributed to drops there. But the declines also occurred in states that didn't pass such laws. In fact, the states with the biggest drops—like Hawaii, New Mexico, and Nevada—didn't pass any laws making it tougher to access abortion clinics at all.

Only two states saw a rise in abortions: Louisiana and Michigan, which ostensibly saw these upticks because women from neighboring states with more restrictive laws crossed state lines to terminate their pregnancies.

Anti-abortion advocates say this drop is because of a societal shift in which women are opting to carry their children to term rather than get abortions. But pro-choice advocates say it's because more women have access to effective contraception, especially long-acting forms like IUDs. Either way, one undeniable factor is the drop in teen pregnancies, which keep getting rarer every year. And that's something we can all agree is a good thing.