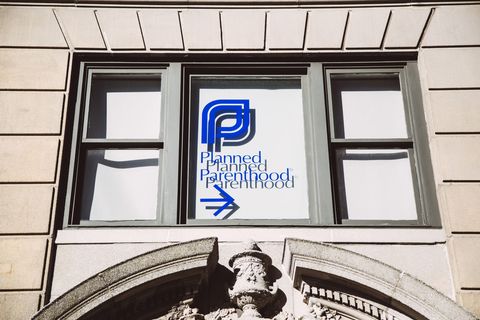 Planned Parenthood has filed a federal lawsuit to protect access to abortions in Ohio. The lawsuit was filed on Sunday after state officials accused them of illegally disposing of aborted fetuses.

On Friday, Ohio Attorney General Mike DeWine said a four-month investigation of three Planned Parenthood facilities showed they had contracted with a medical waste company that was disposing of medical tissue in a Kentucky landfill. According to Ohio law, the only rule about disposal is that "the fetus shall be disposed of in a humane manner."

DeWine argued last week that "disposing of them in a landfill is not humane," and said that he and Rick Hodges, director of the Ohio Department of Health, were filing a court injunction "to restrict Planned Parenthood activities where violations of law have occurred," Hodges said in a statement.

Planned Parenthood argues that they have, in fact, been acting in accordance of the law and that the state officials never confronted them with concerns and, instead, went straight to the press and threatened to take legal action.

"Planned Parenthood handles medical tissue just like other health care providers do," Jerry Lawson, CEO of Planned Parenthood Southwest Ohio, said in a statement. "We work with licensed medical removal companies to handle fetal tissue respectfully and safely. It's clear from the Attorney General's press conference that we've acted properly and legally, and this is just part of his longstanding political agenda to ban abortion in all cases. We won't let that happen."

The number of abortion providers in Ohio has been cut in half in the last four years, the second highest number of closures nationally behind Texas.

Kate Storey Esquire Writer-at-Large Kate Storey is a Writer-at-Large for Esquire covering culture, politics, and style.
This content is created and maintained by a third party, and imported onto this page to help users provide their email addresses. You may be able to find more information about this and similar content at piano.io
Advertisement - Continue Reading Below
More From Politics
41 Surprising Rules First Ladies Have to Follow
Asian American Women on Where to Go From Here
Advertisement - Continue Reading Below
Syrian Journalists Reflect on a Decade of War
How to Show Your Support for the AAPI Community
Activist Lydia X. Z. Brown on Disability Justice
Elisa Crespo: "I'm Not Here to Make History"
What We Know About the Georgia Spa Shootings
Dianne Morales Has Never Listened to the Naysayers
Stacey Abrams on Her Definition of Success
Grand New Party?