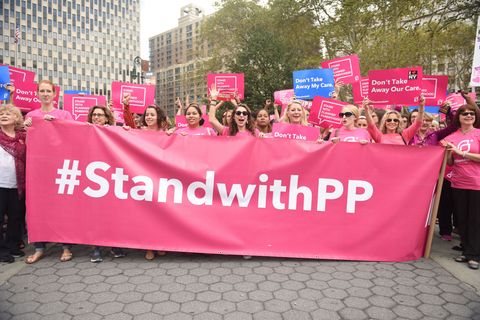 Planned Parenthood and its California affiliates have filed a civil lawsuit against the Center for Medical Progress, a group that filmed undercover videos of executives and claimed the company profited from sales of fetal tissue to a bank called StemExpress.

The Hill reports that the suit accuses the Center for Medical Progress of violating state and federal law, including "secret taping with an unlawful purpose." The group posed as executives from a medical tissue firm in the videos, and Planned Parenthood says the clips are deceptively edited, though they led to many governmental hearings and a campaign to defund their clinics.

"We're holding anti-abortion extremists accountable for their three-year conspiracy to attempt to shut our doors," Planned Parenthood president Cecile Richards said on Twitter. "As we have every day, we will continue to protect access to quality, compassionate care, [including] safe and legal abortion. These doors stay open."

The Center for Medical Progress isn't backing down, either. "Game on," CMP's project lead, David Daleiden, told BuzzFeed. "I look forward to taking the depositions of all the Planned Parenthood CEOs who profited off of their business relationship with StemExpress."