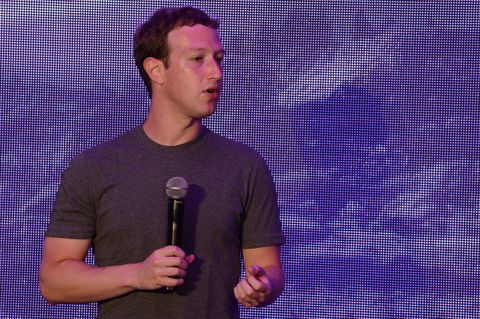 One of the most problematic parts about the internet is the abundance of fake news, shoddy reporting, and literal lies. And when a site like Facebook promotes fake news on its feed, the problem becomes even more potentially catastrophic.

Fortunately (and in the wake of Trump's election), Mark Zuckerberg has finally announced that he'll be taking steps to end fake news on Facebook.

"Our goal is to show people the content they will find most meaningful, and people want accurate news," he wrote in the below Facebook post. "We have already launched work enabling our community to flag hoaxes and fake news, and there is more we can do here. We have made progress, and we will continue to work on this to improve further."

Facebook has been criticized for the stories it circulated prior to the election, especially after a BuzzFeed analysis found that "three big right-wing Facebook pages published false or misleading information 38% of the time during the period analyzed, and three large left-wing pages did so in nearly 20% of posts."

President Obama has also spoken about the issue, saying that Facebook's promotion of "outright lies" creates a "dust cloud of nonsense." Hopefully, Zuckerberg's commitment to highlighting stories that, you know, tell the truth, will go a long way in helping mitigate said dust cloud.