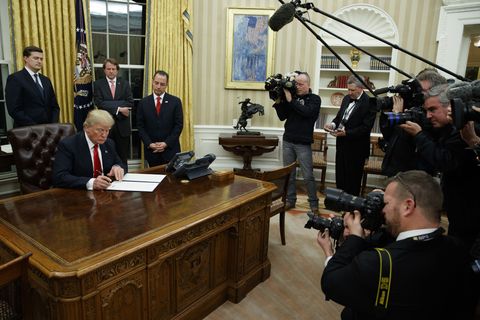 Trump was joined in the Oval Office by Vice President Mike Pence, White House chief of staff Reince Priebus and other top advisers as he signed the executive order on the so-called "Obamacare" law that he opposed throughout his campaign.

The White House says Priebus was also sending a memorandum to agencies and departments instituting an immediate freeze on regulations. No additional details were immediately available.

Asked about his first day as president, Trump says, "It was busy but good—a beautiful day."