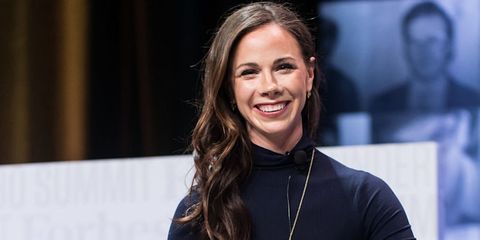 Barbara Pierce Bush (aka the daughter of former President George W. Bush) is speaking out in a big way for women's reproductive rights. The former first daughter will be the keynote speaker at a Planned Parenthood fundraiser in North Texas later this week, the Texas Tribune reports.

Bush is the CEO and co-founder of Global Health Corps, which describes itself as "a leadership development organization focused on health equity." The organization also lists several Planned Parenthood branches as partners.

During a June interview with The New York Times, Bush discussed how her organization hopes to help create awareness for Planned Parenthood and similar organizations.

"If we can demystify that and create channels into Planned Parenthood and other exceptional organizations, then we'll have an army of people working to solve health problems," she said.

Bush will deliver the keynote speech at Planned Parenthood of Greater Texas' annual Fort Worth luncheon on Wednesday, March 1.