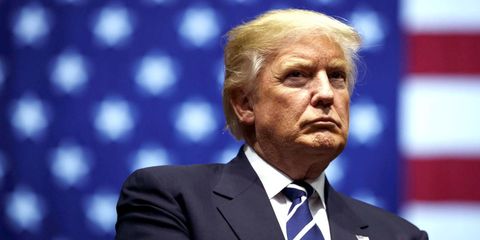 President Trump signed a new travel ban today, restricting citizens of six Muslim-majority countries from entering the country for 90 days. It replaces the executive order he issued back on January 27, 2017. It is seen as an attempt to respond to criticism from courts and advocacy groups that argued the original executive order was little more than religious discrimination.

The White House delayed releasing the new ban for several weeks, reportedly to work with other government departments to ensure the new edition isn't struck down as rapidly as the first was. And there are definitely some noticeable changes.

.@POTUS has signed a new executive order that will keep the nation safe. Read it at https://t.co/XcBwwEJJHF pic.twitter.com/Yx2mikXl2A

If You've Been Here Legally, You're A-Okay

The new ban will not apply to current green card and visa holders. Trump's first executive order faced round criticism for including legal permanent residents and students enrolled at American universities in the list of those banned. The new order reverses that. Anyone who had a green card or valid visa as of January 27, 2017, is admitted under the new ban. Exceptions can be made for others on a case-by-case basis.

Another change is to the countries included. The first ban restricted people from Iran, Iraq, Libya, Somalia, Sudan, Syria and Yemen. The new ban removes Iraq from the list. State and Defense department officials worried banning Iraqis could undermine the stability of the United States-allied government. The order now permits dual citizens of those six countries to enter if they are traveling on a passport from a country that is not banned.

Trump also removed language that gave preference to refugees from religious minority groups. Opponents of the original ban argued that this was blatant discrimination against Muslims, as all of the countries on the list were Muslim-majority. It was generally viewed by pundits as a violation of the First Amendment.

This Roll-Out Should Go More Smoothly

Finally, the new ban will not go into effect until March 16. Unlike the chaotic implication of the first ban, this will allow government agencies to prepare. Thousands of people flocked to airports across the country in January to protest the first ban and the haphazard way that it was enforced, with entire airport terminals being shut down by protesters.

Despite the changes, many experts believe that the new ban is still discriminatory on the basis of religion and will be challenged in court.

This story is developing.