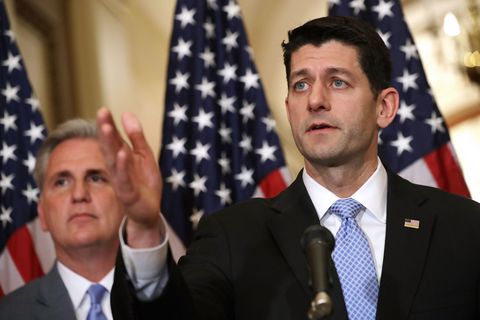 Republicans have been talking about repealing the Affordable Care Act pretty much since it became law in 2010. This week, they took a major step toward replacing it when they finally unveiled their new healthcare plan. The problem? Pretty much everyone hates it.

No one expected Democrats to support the new bill en masse, but even moderates on the left have shown no interest in it. The real surprise, however, is the Republican response. It's unusual for a landmark bill to receive so much criticism from members of the party sponsoring it.

Kentucky Senator Rand Paul has emerged as one of the main critics of the plan. He blasted it for being a watered-down version of Obamacare, calling it "dead on arrival." Paul, a libertarian, thinks the new bill still leans too heavily on the federal government.

Several other senators, including Lisa Murkowski of Alaska and Rob Portman of Ohio, believe the opposite is true: that the legislation will hurt Medicaid recipients because it doesn't rely heavily enough on the federal government. Murkowski, widely considered a moderate, has already shown she is willing to break with her party. She was one of just two Republicans to vote against Education Secretary Betsy DeVos.

Meanwhile, everyone from the Club for Growth, a conservative economic group, to the Tea Party Patriots, to Utah Senator Mike Lee have denounced the plan for not being free-market enough. Senator Lee even called it a "missed opportunity and a step in the wrong direction." 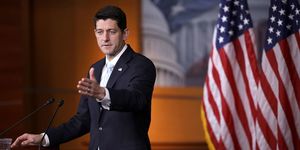 What to Know About the GOP\'s New Health Plan

Representative Jim Jordan, who co-founded the House Freedom Caucus, summarized his dissatisfaction an interview with the Washington Post: "We didn't have Medicaid expansion in the bill we sent to President Obama, but we have it in the one we send to President Trump? That makes no sense to me."

With so many Republicans opposed to the legislation, it's likely House Speaker Paul Ryan will have to rewrite massive portions of it, meaning the GOP will have to wait a little longer to replace Obamacare.