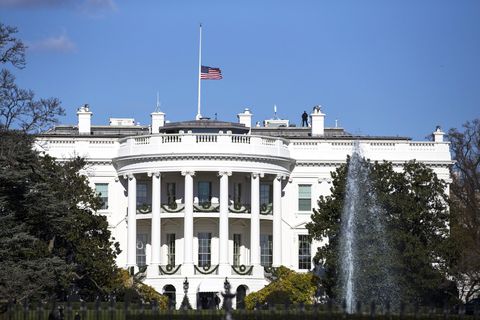 Trump's White House is more hostile for staffers than anyone would have guessed, according to a new Politico report released early on Wednesday morning. The news outlet conducted interviews with about a dozen staffers, from junior-level employees to senior aides. The overarching sentiment: widespread fear and paranoia is trickling down from the President and his top aides.

Fear and suspicion of colleagues has reached such a level that some are claiming the executive branch is unable to function properly. According to those interviewed, rival factions within the administration worry other aids are out to undermine them or the President. 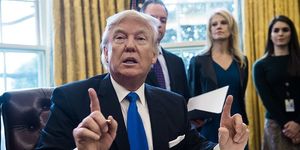 Staffers are taking extreme measures to protect themselves, such as using encryption messaging apps on their personal cell phones, not speaking up in meetings, and shutting off their work phones once off the grounds for fear of being tracked. This news comes on the heels of previous reports regarding the administration's aggressive response to the numerous leaks.

While this may sound irrational or paranoid, one Republican who communicates with administration aides using said encryption techniques offered this: "I wouldn't call it paranoia under the circumstances... It's not paranoia if people really are out to get you, and everybody actually is out to get everyone else." And you thought your office was competitive.