If you're squeamish about pain and considering a new form of birth control, you may naturally have some deep-seated fears about IUDs. Sure, the process of having a tiny T-shaped device placed in your uterus may not be a fun walk in the park, but chances are, it's worth a few minutes of discomfort. IUDs are more than 99 percent effective because they minimize user error—once you have it, you don't have to worry about missing your pill or a condom magically disappearing.

"Patients have this idea when they come in that IUDs are this big, scary thing or that they’re painful—they’ve heard a lot of horror stories," says OB-GYN Yesmean Wahdan, MD, associate medical director at Bayer Women's Health.

But even knowing more about the process can help you feel better and less anxious in the moment. "In my experience, if the patient understands what’s going on and it’s not a mystery as to what’s going on below the belt, it brings their anxiety level down and makes their experience that much more different," adds Wahdan.

Below, a few common concerns, answered.

What does the IUD insertion process entail?

Before the process even begins, your provider will ask you some questions and then give you a pelvic exam to determine the size and position of the uterus in the pelvis. "A speculum is then placed to look in the vagina and visualize the cervix," says Laura MacIsaac, MD, MPH, FACOG, Co-Director for Fellowship in Family Planning at Mount Sinai Health Systems. You may be tested for STDs, too.

When you're in the pelvic exam position, some providers may inject you with a numbing agent (kind of like the one dentists administer before they fill a cavity), especially for patients who have never had their cervix dilated through child birth. 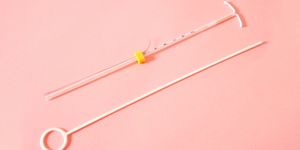 Should You Get an IUD? 5 Stories from Real Women 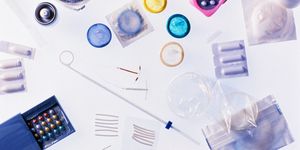 Everything You Need to Know About IUDs

A speculum will hold onto the cervix, stabilizing the uterus during the insertion (remember the uterus is mobile in the pelvis—it grows to accommodate a pregnancy!), says Mac Isaac. Then, a dilating instrument is inserted through the cervix into the uterus to measures the length of the uterine cavity. And finally, the IUD is placed with a special inserter.

Some serious cramps may happen during the numbing injection, the measuring of the uterine cavity, or the insertion of the IUD itself, MacIsaac notes. Not exactly comforting, but the silver lining...

How long does it take?

...is that typically the process only lasts about three minutes, says Wahdan. Three minutes is shorter than most things that are considered painful: your standard Donald Trump speech, an SAT exam, a filling at your dentist's office—think about it.

As you've surmised by now, the process will feel uncomfortable and you will probably experience cramps similar to those you get on your period. "That’s simply because you’re going through the cervix and to the uterus," says Wahdan. "But it’s not a pain you can’t overcome. If you can handle anything for three minutes then you can handle the discomfort."

Both MacIsaac and Wahdan say that the experience can depend on the person: Some people will feel absolutely nothing, while others will say it’s the worst three minutes of their life. But there are things that providers can do to ease some of that pain (like the numbing shot) and different medications doctors can provide you with before or after, says Wahdan.

What are some immediate after-effects?

About 10-15 minutes later after the procedure, MacIsaac says you may feel cramping—which could be light to severe—that lasts for about 24 hours after a new IUD insertion. If you are in pain, you can apply a heating pad or take some kind of pain reliever like aspirin.

How will your body react differently to a copper IUD versus a hormonal IUD?

For starters, there are five IUDs currently on the market: one non-hormonal copper IUD called the Paragard, and four hormonal IUDS—Mirena, Kyleena, Liletta, and Skyla—that release levonorgestrel, a type of progesterone, into the uterus every day. Hormonal IUDs differ in size, in the length of time that they're approved to stay in your body, and in the amount of hormones they release. Doctors can recommend one based on your needs (you may want an IUD with higher progesterone levels to stem heavier periods, for example).

The main difference in after-effects between the copper IUDs and the hormonal ones is a change in your period.

The copper IUD usually maintains your menstrual pattern from before the insertion, says MacIsaac, but the first few periods may be heavier, with more cramps. So, a five-day period may become a six- or seven-day period, for example.

With hormonal IUDS, your period may become much lighter and the timing more irregular. So, expect a lot of erratic spotting, says MacIsaac. The unscheduled bleeding can also be a real nuisance, but it typically only lasts for the first few months (up to six), she adds.

What if you're switching from the pill to the IUD?

When you've gotten used to the birth control pill, you period is often lighter, with lighter cramping, so if you choose the copper IUD, you may be surprised by how heavy the menstrual bleeding is during those first few periods. MacIsaac says this is because you're coming off the birth control pill combined with the new IUD insertion. "It almost always resolves, but it seems like at lot at that time."

Also, being on the birth control pill, if you're taking your pills regularly, usually establishes a very predictable bleeding pattern. If you're used to that consistency, MacIsaac notes that switching to a hormonal IUD may cause you to experience spotting within the first few months.