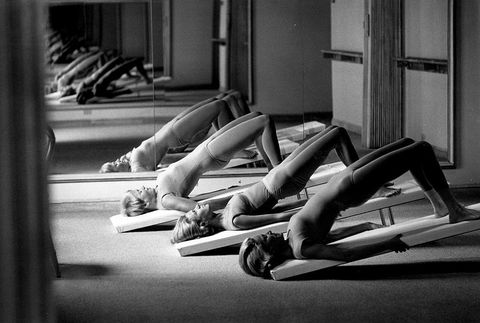 I was wanted on set, but I wasn't ready to leave the bathroom. It was 2013, I was 25, and working as an associate producer on a short-lived late-night talk show.

At that moment my boyfriend, Jack, was on a date with another woman. But he wasn't being sneaky—this was not an affair.

Jack was polyamorous. And because I was in love with him, I wanted to go with the flow and make it work. I tried for three years to do things his way—I'd sometimes sleep with other people while he sometimes went on dates with potential new partners.

Back in the cold bathroom with the harsh yellow light, I heard a bottle of Ativan rattling around in my purse. I was trying to avoid eating them like candy. I had to think through this rationally: In theory, I was fine with polyamory. After all, I had done my homework (required reading: The Ethical Slut), and had intellectualized the benefits of such a relationship structure. There's more love, there's more sex, there's more freedom. I repeated this to myself a lot.

"Jack was polyamorous. And because I was in love with him, I wanted to go with the flow and make it work."

Another good read: What Life Is Really Like When Your Boyfriend Is Bisexual

But in polyamory, you learn to make room for other people. Love, you're meant to discover, is not a finite resource.

I struggled with this. Which is why, three years later, I wasn't at poly cocktails—I was furniture shopping with my new boyfriend Howard.

Interestingly though, my attempted polyamorous phase made me better at our totally traditional monogamous relationship. Take the topic of ex-girlfriends. I'm a textbook Scorpio: I get jealous should I perceive a threat. But I wasn't threatened by them. Polyamory had taught me the skill of opening up and allowing love for others. You can never erase or replace the memories from another lover, so there's only one choice: to allow those memories to live.

Today, despite my Scorpio tendencies, should Howard want to catch up with an ex, I'll always agree. Their histories are what helped make him the man he is today.

Like a lot of courtships, the initial months of our relationship were marked by sex marathons. But they were also punctuated by a trip to Planned Parenthood and a fuck ton of condoms—because stringent safe sex practice is another skill I developed during my days of having multiple partners. Once everything came back clean, we settled on two things: monogamy and always using protection.

Another good read: My Husband Is Transitioning and We're More In Love Than Ever

Then there's open and near constant communication about sex. Once you've been through listening to your partner lament his disappointment that he didn't in fact score with the cute girl he was camping with over the weekend, conversations like "Hey Howard, will you tie me up this weekend?" suddenly become not so scary. I know I can ask for virtually anything sexually and, at the very least, my partner will listen to me.

After Jack and I broke up, I witnessed how much we each flourished apart: I found a monogamous relationship that satisfies me and he's happily poly with people who are also happily poly.

I wouldn't have known for sure if I hadn't tried other types of relationships first, but now I'm convinced: glorious, boring monogamy is best for me.