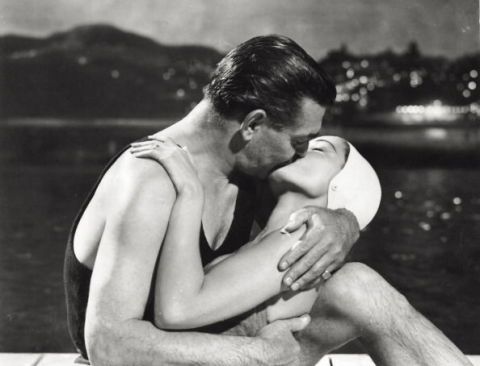 My parents told me I wasn't allowed to date until I was at least 16. I didn't really have much opportunity, anyway—I grew up in a very small, very conservative town near Amarillo, Texas. And on top of it, I was homeschooled.

So 16 came and went. My mom told me, "Wait 'til you get to college. The guys are better, they're more interesting, they're more mature."

I patiently waited some more.

Then I went to a conservative Christian college, which was generally a positive experience for me: I became more outgoing and found activities I liked—like Star Wars club, where I was light-saber dueling champion for two years. But by senior year, I realized most of my friends were engaged, and I had never even been out on a date.

"By senior year, I realized most of my friends were engaged, and I had never even been out on a date."

I suddenly came to the jarring realization: This is a thing that actually may not happen for me.

Over a decade later, I seem to have been right. Today, I'm 33, and I've never even had a first kiss.

There were a couple of guys in college I had massive crushes on—including one I almost asked out. I'm still friends with all of them. But it was very obvious that the ones that I liked had no interest in me beyond friendship. They had their eyes on the women they went on to marry.

After college, it was hard to even find men to date. The place I ended up working was 90 percent women, so I didn't meet guys at work. Guys at church were mostly the same guys I'd gone to school with (read: already married). To date, I've only had three relationships—all long-distance, all online.

My most recent relationship began on Twitter, actually, and lasted three years. We're still close,—he's a good person. But I had to come to the realization, yet again, that he didn't feel about me the way I felt about him. When we met in person, he didn't want to do anything more than a hug. That hurt.

Even in these Tinder-saturated times, our society tends to focus on the idea that "there's somebody out there for everyone" and "you'll find your true soulmate eventually." But far from making me feel better, it's distanced me from other people. It's made me feel like there's something wrong with me.

So you learn how to smile and nod during conversations about dating. You just sit there and laugh and hope the topic changes quickly.

When I do talk about what my actual experience has been, people get actually, noticeably uncomfortable. Some of my friends still don't really get it. They dated in college and got married pretty quickly after. They never had to stand there and face the prospect of a life truly alone: no partner—committed or even for a night.

"I don't know what it's like to be touched by someone who is attracted to me."

What I crave most though isn't sex, it's simple affection. Someone to say, "Have a good day at work!" in the mornings. A hug when I get home after a long day. Basic human contact. I frequently go a week or more without touching another human being; I don't know what it's like to be touched by someone who is attracted to me. The little things are, in the end, the big things.

But I also know that I'm not alone in this isolation. Since writing more openly about my experience, I've been messaged by at least 60 women—and several men, too. Their story is similar to mine: Things just never worked out with anyone in person, and they thought they were the only ones.

Those of us who have no physical experience past a certain age are ashamed to talk about it—and the stigma of being somehow "broken" or "undateable" runs deep.

For instance, happily partnered people have given me the following unsolicited advice:

I don't want to work at dating. Solidly single in my 30s, I've now reached a serene place of "if it happens, great." But I'm not going to make it my full-time job to find someone—anyone. I may be perpetually single, but I indeed have a life—another constant misconception.

What I loathe most from those who haven't experienced extended singleness is that they often try to invalidate my status by suggesting—or sometimes outright saying—that there's something I could have done.

That's not what my story is.

Sure, I'd like to change it, but not at every cost. I don't want to find someone just to have someone. I want it to matter. And I won't change who I am for that.