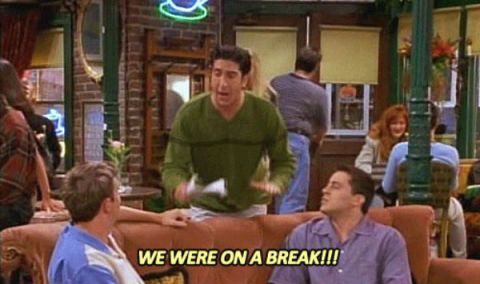 "I may not be the stand-up guy I thought I was."

Several guys I interviewed realized that, while they had always thought of themselves as good and honorable men, they were just as prone to cheating as other people.

The number one reason men stated for cheating on their partners was because they had already come to terms with the fact that they were going to break up with this person anyway. Cheating made the act of doing so more real. This is not to excuse their behavior: Most of these men said they wish they hadn't done it, but couldn't figure out for themselves they wanted to end the relationship before they were already ruining it.

"Even if your girlfriend is beautiful, there is someone who just as beautiful but in a completely different way."

More often than not, the men I talked to would refer to the person they cheated with distinctly: "this blonde woman I work with" or "this woman with giant breasts" when their partner was a brunette or small-chested, respectively. It's not that they were no longer attracted to their spouses; the reason they chose this other person was because they were also good-looking, but looked incredibly different.

"It's not something to brag about."

When I asked about their pasts, most of the men said they had never talked to anyone about their cheating history before. No one wanted to be known as a scoundrel. The thing I heard over and over again is the men who cheated had a moment of weakness and succumbed; it was not something they wanted to be known for and it was definitely not something worth bragging about.

"You won't end up with the person you're cheating with."

Why? Because you're chasing a fantasy, not a real person. The men I talked to who cheated might have hooked up with the same person a number of times, but it quickly became apparent they weren't going to end up with that person forever.

"You don't need to hook up to cheat."

There were several men who, when I posed the question about whether they have ever cheated, asked me to define exactly what I meant. Some men have never physically hooked up with one woman while involved with another but have cheated emotionally. They would begin to spend more time with a female friend than their girlfriends or wives and realize the primary partners in their day-to-day lives were actually becoming the "other" women. When guys realized that their long-term relationship was at risk and wanted to reconcile, they would back away from their new friendship by slimming down their role to a casual acquaintance. Men found it easier to do that than if they had gotten into bed with such a person, and while they felt bad about it, they did not consider it cheating in a conventional sense.

There really is no excuse to cheat on your spouse. But men can be dumb at times and not always great at talking about feelings, or, like all people, we tend to avoid conflict. Cheating happens and more often than you may think. The more you can invite your guy into a regular, open-hearted conversation about your relationship, the more he will feel like he can communicate hopes, aspirations, and fears. There's no one way to prevent another human being from hurting you, but open communication is a good way to start.


Is Emotional or Physical Cheating Worse?


Is Sexting A Gateway To Cheating?


Can Cheating Boost Your Mood?


25 Signs He's Cheating On You