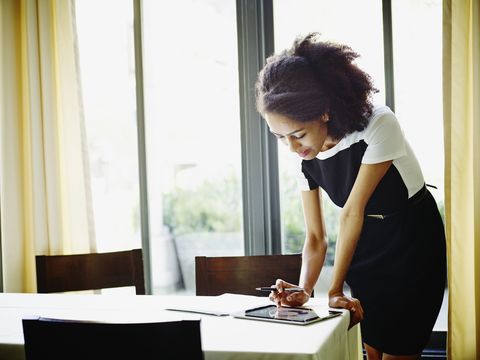 We're not saying you should give up on becoming Ben & Jerry's chief flavor developer/the person who spritzes Jamie Dornan with Evian in between takes, but there's probably a dream job out there that's just a little more…realistic.

Here to steer you gently away from the faux sex-sweat and toward a high-paying career with room for growth is Glassdoor, which recently released its 2015 list of best jobs in America. Engineers and managers of every kind have it made, as do medical professionals like nurse practitioners and physical therapists. (Keep in mind that the report focused on three key factors: earning potential based on average annual base salary, career opportunities, and number of job openings. Notice how "personal satisfaction" wasn't taken into account?)

So basically, if it's not too late for you, be a biomedical engineer with an MBA. For the full list, click over to Glassdoor.

The Dos and Don'ts of LinkedIn

5 Leaving-for-a-Job-Interview Excuses You Should Never, Ever Use