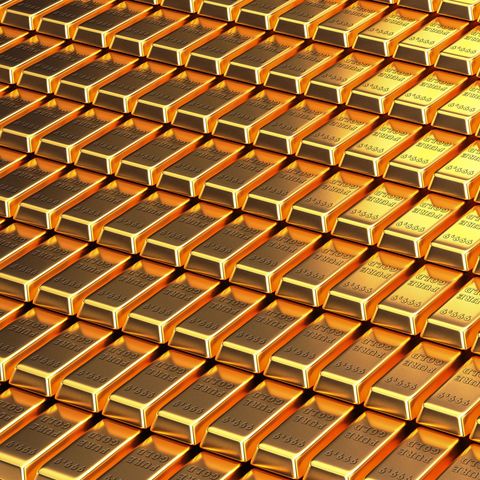 Back before our innocence was replaced by fear, cynicism, and a desire to own heavy furniture, none of us were like, "When I grow up, I want to die at a faster rate from sitting at a desk for 13 hours a day!"

Here, we've turned the spotlight on seven out-of-the-ordinary jobs that involve adventure, movement, whimsy, and just a bit of danger—basically, they're the antitheses of being an office drone and, for that, they're seriously cool.

1) You'd get to move to Sweden, which is great because, you know, Nordic. 2) You'd help resocialize kids so they don't follow gender norms and perform better in school. It's a top-down sort of thing—right now, there's talk of gender-equality training for teachers—but hey, that means it's the perfect time to throw in your ideas re: woodshop and Lammily dolls for everybody.

Do you enjoy creeping? Do your Spidey senses tingle when you know someone's subtweeting you? Then you might like this job, which entails lurking on social media to see what's being said about your company or brand. You have to respond complaints, but that's just so Olivia Pope, isn't it? #itshandled

Doing a bunch of research doesn't seem that fun, but this job is like librarian plus you during finals week plus private investigator plus Julia Roberts in The Pelican Brief. People pay you to hard-core find stuff on the Internet and IRL, then present it in an easily understood way. Maybe it's more like National Treasure then?

You actually get to fly and not in a no-leg-room-pack-of-pretzels kind of way. This is how Wired put it in their profile of parabolic specialist Tim Bailey: "Tim's job is the closest thing there is to being an astronaut without actually going into space. He spends his days assisting and training people in aircraft flights that simulate a microgravity environment—effectively he's a flight attendant teaching people how to fly."

Companies hire these cyber nerds to expose weaknesses in their computer systems, which sounds like the beginning of a thriller in which Kevin Spacey forces Joseph Gordon-Levitt to go on the run because he knows too much.

This one's pretty self-explanatory: You build things masterfully out of Legos, such as Michelangelo's David and replicas of Karl Lagerfeld and Marc Jacobs down to the powdered ponytail and plaid kilt, respectively.

Fanciest perk ever: You get to touch 27-pound gold bars! $194 billion worth of them! The"downside" is that moving that much precious metal from the Federal Reserve Bank of New York to, um, other places where they keep gold, causes repetitive strain, so you'll have to take turns. But just think how cut your arms will be!

Not almonds, not cows...but snakes. Crazy-brave/just plain crazy people hold snakes in some weird pressure-point-y way to extract the venom, which is then used to develop drugs that treat blood clots, heart attacks, and high blood pressure—plus antivenin for those who aren't so adept at handling/being around poisonous reptiles. "The only difference between me and any other company in the world that produces something is that the means of production here can kill you...and wants to," Alabama snake milker Ken Darnell told NPR. Ooooooh.

How to Completely Change Your Career

The Best Jobs of 2015, Ranked by Salary and How Likely You Are to Get the Gig