Back in June, Kim Kardashian West released her KKW beauty contour and highlight kits, and got immediate backlash over the ads she released to promote them—which featured her skin several shades darker than her natural color. The star was quickly accused of blackface by social media users—and this Sunday's episode of Keeping Up with the Kardashians walked fans through her reaction to the controversy.

You dont have to do blackface pic.twitter.com/MLcJ5Hbg9R

"We wanted them really moody; it was really tan," Kim said. "I wanted to show the contour. The photos ended up being a little bit darker than I was. There were some people online saying I was doing blackface and the photos were inappropriate."

She continued, "The internet world is so toxic, and I feel like people are just waiting for you to make a mistake. Just to point out," though eventually conceded, "I think have to address it because if I don’t it'll turn in one of those situations where people will think I’m trying to ignore something serious."

She also said she "can get" why people were accusing her of blackface and explained, "When you're running shit, you just literally have to own up to it and change it and fix it...I fully understood what people were saying...I would never ever, ever do a photo shoot like that and I would never disrespect anyone."

True to her word, Kim adjusted the images and replaced them on her website and in her social posts. 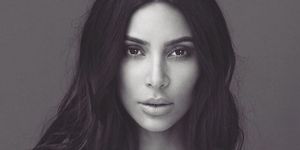 Kim Kardashian West Addresses Halloween Backlash
Mehera Bonner Contributor Mehera Bonner is a news writer who focuses on celebrities and royals.
This content is created and maintained by a third party, and imported onto this page to help users provide their email addresses. You may be able to find more information about this and similar content at piano.io
Advertisement - Continue Reading Below
More From Celebrity
Kate and William Holiday In Cornwall
Blake Lively Wears a Pink Sequin Dress
Advertisement - Continue Reading Below
Meghan Markle Hangs Out With Melissa McCarthy
Simone's Boyfriend Sent Her the Sweetest Message
What Happens on Katie's Season?
Rebel Wilson Recreated This Britney Spears Look
Jennifer Lopez Flew Back From European Getaway
Jennifer Lopez Wears Old Bracelet From Ben Affleck
Simone Biles Cheers on MyKayla Skinner
See the Royals Socialize at a 1991 Cocktail Party