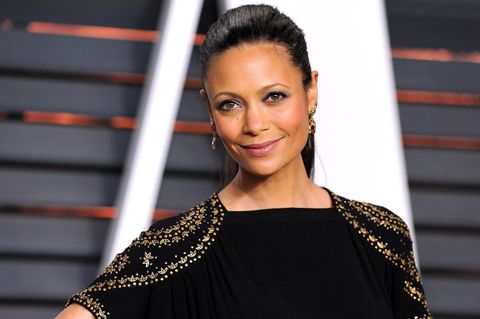 Earlier this week, Westworld star Evan Rachel Wood confirmed that she would earn the same as her male costars, Anthony Hopkins and Ed Harris, for season three of the HBO hit.

Now, the show's other female star, Thandie Newton, who delivers one of the show's most impressive performances as Maeve, has confirmed that she will receive the same raise for the third season.

"They’re all happening right now, and yeah, we’re all equal across the board," Newton told Vanity Fair. "It’s really exciting. It’s unprecedented. It’s — goodness; it shatters so much calcified pain, resentment, frustration. It just shatters it."

Newton says she's actually so impressed with HBO's commitment to equal pay that she won't accept roles in the future that don't pay women the same as equally-billed men.

"I wouldn’t do anything if it didn’t. Definitely not,” she said. “F*ck that. It literally sets a precedent, and [HBO is] leading the way, which is amazing."

The news comes after Wood described HBO's decision to offer the female stars of the show the same pay as their male counterparts.

"I was just told that, you know, 'Hey, you’re getting equal pay.' And I almost got emotional. I was like, 'I have never been paid the same as my male counterparts … never, never,'" she explained during a recent interview with the Wrap. "I’m always fighting for that. Westworld, it’s like, I get it a little more. It’s like, 'Well, you’re Anthony Hopkins or Ed Harris.' But I think now we’re all doing equal amounts of work and really hard work."

Wood said she was impressed by HBO's move to put its money where its mouth was (literally) when it came to closing the pay gap on its series.