Today's Top Stories
1
Professional-Grade Kits for Gel Nails at Home
2
Single Parenting and the Pandemic? No, Thanks.
3
Top and Skirt Sets That Make Getting Dressed Easy
4
Kim Wall Was So Much More Than a Headline
5
On Becoming a Doctor During Two Epidemics
Neil MockfordGetty Images

The rumor mill has held it as an absolute truth since at least 2015 that Niall Horan and Selena Gomez are secretly dating, no matter their repeated protestations to the contrary. And said rumor mill has got a little frantic over the past few months, after a few choice Instagram posts. In a new interview with Australian radio station 90.9, Horan finally addressed the speculation, as spotted by Hollywood Life.

First, allow me to set the scene. In early October, Horan and Gomez' mutual friend, Courtney Lopez, shared a group shot in which Horan had his arm around Gomez. Then, a few days later, Horan posted a photo on his Instagram story, as Hollywood Life reports, in which he posed in front of a billboard of Gomez. In an interview a week or so later, Horan called Gomez "an absolute sweetheart," adding, "She’s a really good friend right now."

Their friendship goes way back, too—as do the doggedly persistent rumors. Back in 2015, they were rumored to have kissed on the dancefloor at Jenna Dewan's birthday party, as E! reports, while they were spotted riding a rollercoaster together on the Santa Monica pier the same year. And in a 2017 interview, Horan admitted Gomez was his first childhood crush (alongside Mary-Kate and Ashley Olsen).

with all of our schedules and travel, we don’t get to see each other as often as maybe we would like, but every time we do get to sit down and share a meal together, it makes me emotional and so happy. and seeing my favorite people embrace my now husband makes me want to cry. they’re really all family. 🖤

But here's the deal: They've both repeatedly denied they're dating, and we should take them at their word. In October, according to Refinery29, Gomez posted on her Instagram story, "I'm not dating anyone. I've been single for two years. I'm on God's timing not mine."

And Horan said the same in his latest interview. "Do I have a girlfriend?" he said. "No, I don’t." He went on to make it crystal clear, calling himself "very much single, very much single." Sorry, Nelena shippers!

Horan also pointed out the negative impact of relentless relationship rumors, commenting, "It doesn’t make a difference, if I am seeing someone or they’re just a friend of mine, I’m going out with them in the media’s eyes." He continued, "That’s the most annoying part, isn’t it really? You can’t even be friends with a female." Sounds like it's about time to lay off the speculation and give Horan and Gomez a break. 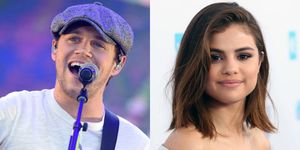 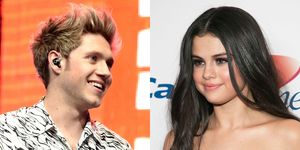