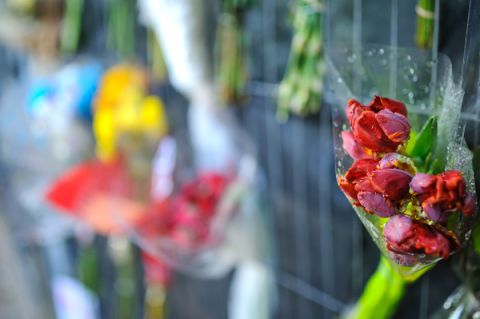 1. You know you're a feminist when you call out your boyfriend's casual sexism in glorious fashion. Let's all take note from the supercool Emma Stone. [HuffPost Women]

2. Don't mess with Smith College women. Students are protesting what they believe to be a "discriminatory" policy on transgender applicants. Dozens of students have accused the institution of having an admissions process that excludes transgender women. [BuzzFeed]

3. If you want to continue watching great shows like Orange Is the New Black, you might have to pay a bit more. Netflix announced on Monday that its monthly subscription rate will increase slightly as the content creator seeks a global expansion and increased spending on original programming. Let's be honest—paying a few extra bucks for shows that are changing the game in Hollywood is well worth it. [Reuters]

4. Speaking of great television, HBO renewed Veep. Have you read our interview with Julia Louis-Dreyfus yet? You really shoud.

5. The hours you've spent watching Will & Grace reruns on WE has led you to this very moment. The cast is reportedly in talks with NBC about a reunion so all is right in the world. [HuffPost]