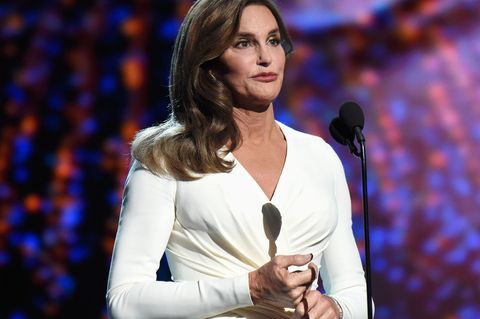 Caitlyn Jenner's public transition has been largely celebrated by friends, family, and the media—but the process wasn't easy. The 66-year-old former Olympian is Glamour's Woman of the Year, but less than a year ago she was still living life as Bruce Jenner and suffering from depression.

Caitlyn says that being in the public eye during her transition put an enormous amount of pressure on her, and she contemplated suicide when paparazzi took photos of her leaving the doctor after a trachea operation.  The star recalls thinking about the gun in her house and saying "Go in there, no more pain," but she eventually had a change of heart. "I thought, 'OK, you transition, big deal! You are still alive. You have to make your life interesting.'"

Caitlyn eventually transitioned in the most public way possible, and her willingness to document the process has enormously helped the trans community. "I am just excited about the future for the first time in a long, long time," she says. "And that is a nice feeling to have…To be honest with you, if the worst thing in the world that happens to you is you are trans, you've got it made."

As one of the most inspiring women in sports and entertainment, Caitlyn may have it made—but let's not forget that getting there didn't always come easy.