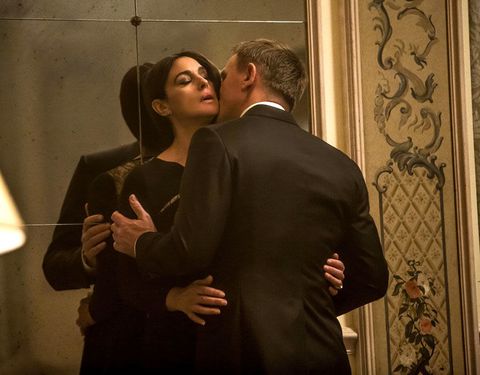 At 51, Monica Bellucci is the oldest actress to play one of James Bond's love interests. At 47, Daniel Craig can do whatever he wants cinematically without anybody labeling him an "older man."

Speaking with People recently, Bellucci explained the significance of Spectre giving ol' Jimmy B. a sex partner near his own age for once.

"I had to play a Bond lady not a Bond girl because Lucia is a mature woman," Bellucci said of her character, the widow of an Italian crime boss Daniel Craig shoves out of a moving helicopter in the first 20 minutes of the film. "[Even] though she doesn't have the beauty of her youth any more, she still has her femininity and that actually is her savior." 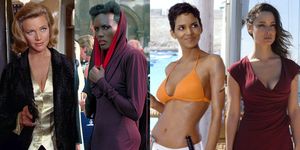 The Evolution of the Bond Girl: From Coy Coquette to Ball-Busting Badass

She's also got courage in the face of death and a wicked black lace teddy, but what's more important is that Bond didn't "succumb to the charms of an older woman," as a hapless Red Bulletin reporter phrased it in a question to Craig.

"I think you mean the charms of a woman his own age," Craig responded. "We're talking about Monica Bellucci, for heaven's sake. When someone like that wants to be a Bond girl, you just count yourself lucky!"

You can say that again.

Chelsea Peng I'm Chelsea Peng, the assistant editor at MarieClaire.com.
Advertisement - Continue Reading Below
More From Celebrity
36 Celebrity Couples Who Love Some PDA
Ben Affleck Is Blond Now
Advertisement - Continue Reading Below
A Timeline of Charles and Diana's Relationship
Kendall Jenner Wants to Work for Beyoncé
Harry & Jon Bon Jovi Sing Together at Royal Event
Khloé Kardashian Is Being Trolled Over Febreze
A 'Friends' Reunion Special Is Coming to HBO Max
Katie Holmes Is in Head-to-Toe Chloé at Their Show
Ariel Winter Now Has Strawberry Blonde Hair
46 Stars Who Dated Before They Were Famous