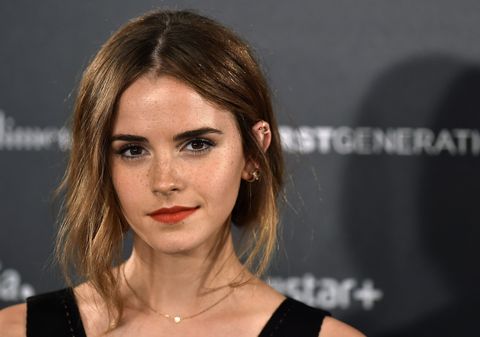 Labeling yourself a "feminist" simply means that you believe in equal rights for men and women. Yet the word continues to be tiptoed around, even by the HeForShe gender equality campaign.

In an interview with PORTER, UN Women Goodwill Ambassador Emma Watson says HeForShe asked her not to use the term "feminism" for fear that it might be too polarizing.

"I was encouraged not to use the word 'feminism' because people felt that it was alienating and separating and the whole idea of the speech was to include as many people as possible," she said. "But I thought long and hard and ultimately felt that it was just the right thing to do. If women are terrified to use the word, how on earth are men supposed to start using it?"

Amen to that. "I actually do have things that I want to say and I want to be my most authentic self," the 25-year-old explained. "I'm very interested in truth, in finding ways to be messy and unsure and flawed and incredible and great and my fullest self, all wrapped into one."

HeForShe's concern that "feminism" is an alienating term is understandable, but we love that Emma decided to do use the term anyway. Her decision to embrace feminism—the word—rather than couch its meaning in more palatable language helped make the fight for gender equality more widespread. In other words, she made the right call.