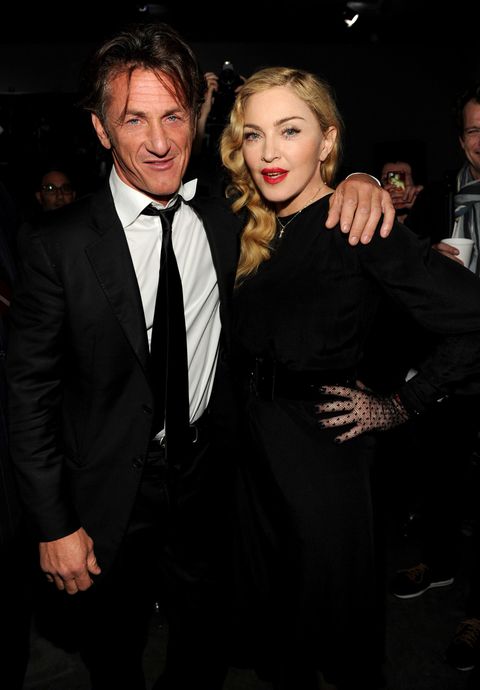 After decades of rumors, Madonna is setting the record straight about her ex-husband Sean Penn, clarifying that he never laid a hand on her and calling one allegation in particular "completely outrageous, reckless, and false."

To bring you up to speed, Penn is suing Empire creator Lee Daniels for $10 million after he alleged in an interview that the actor was abusive towards women.

In a document obtained by The Hollywood Reporter, Madonna said the following:

"I am also aware of allegations concerning an incident that occurred in December, 1989, which purportedly resulted in Sean's arrest for domestic assault and battery against me. I know those allegations to be false," she continues. "While we certainly had more than one heated argument during our marriage, Sean has never struck me, 'tied me up,' or physically assaulted me, and any report to the contrary is completely outrageous, malicious, reckless, and false."

Many believe the second instance Madonna is referring to occurred on December 28, 1988, when she went to the Malibu sheriff's office and filed a complaint that Penn assaulted her. While Penn was charged with battery, she withdrew the complaint a week later.

Currently, Daniels is citing the First Amendment as he fights to get the lawsuit dismissed.

Lauren Valenti Associate Web Editor I’m the associate web editor at Marie Claire.
This content is created and maintained by a third party, and imported onto this page to help users provide their email addresses. You may be able to find more information about this and similar content at piano.io
Advertisement - Continue Reading Below
More From Celebrity
How the Queen Ends Awkwardly-Long Handshakes
The Queen Has a Rule Against Bad Talking Family
Advertisement - Continue Reading Below
The Queen Took a Pic of Philip With Her to Funeral
The Queen's Tolerance Was the Key to Her Marriage
J.Lo "Likes" Shady IG Post After A-Rod Split 👀
Beyoncé Shares Photos of Her White Power Suit
Will & Kate Welcomed Harry Back Into Their Group
Queen Left a Handwritten Note on Philip's Coffin
The Queen Said Grief Is the Price We Pay for Love
All of the Photos from Prince Philip's Funeral