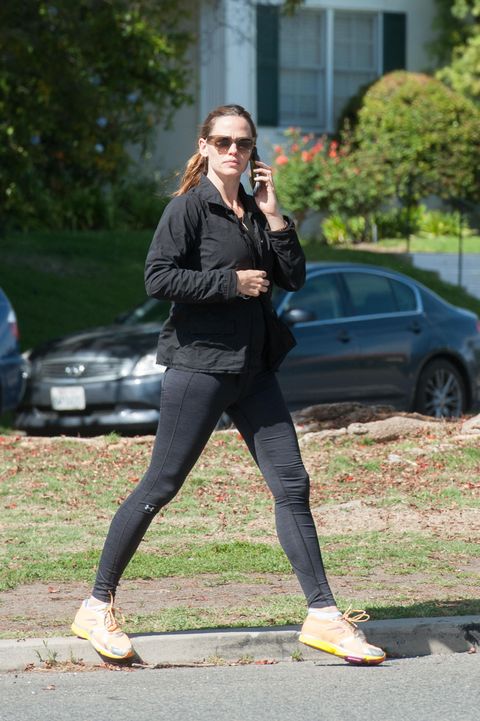 Jennifer Garner and Ben Affleck spend a lot of time in the spotlight at the best of times, but media scrutiny is at an all-time high thanks to their divorce (AKA the worst of times/the end of times, depending on how dramatic you're feeling).

It's one thing for Jen and Ben to deal with hoards of paparazzi following their every move, but the attention is having a serious impact on their kids—specifically their four-year-old son, Samuel.

Well, this is highly upsetting news. Fortunately, Garner—who had a hand in passing legislation that protects children from paparazzi—is a great mom: "I say, 'I can control not laughing at you'—although he is so funny—'But we have to talk about the fact they can't hurt you. They can't touch you. They're far away. We can't make them go away. We just have to live our lives, son, and do the best we can."

At the end of the day, the reality is Garner's children will likely spend the majority of their childhood in the public eye. But as she says, "You know what? That is just something he's gonna have to grow up with, because if we move to Timbuktu, some fool in Timbuktu's gonna buy a camera and follow us around."