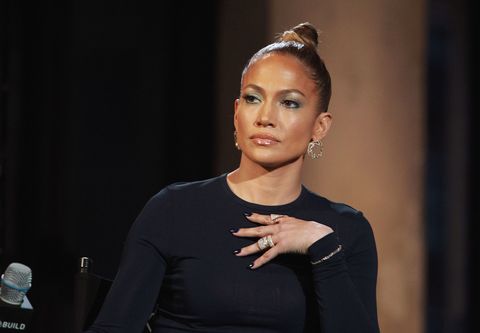 Despite Mariah Carey refusing to acknowledge Jennifer Lopez's existence, these chanteuses have one thing in common: they're divas. Or, at least pop culture fandom has decided they are, which seems unfair at best and sexist at worst.

"I've always been fascinated by how much more well-behaved we have to be than men," Jenny from the Block recently told The Hollywood Reporter. "I got a moniker of being 'the diva,' which I never felt I deserved—which I don't deserve—because I've always been a hard worker, on time, doing what I'm supposed to do, and getting that label because you reach a certain amount of success..."

Apparently, having an opinion about, you know, her career, lead to J.Lo being called out for diva-esque behavior—which is something men just don't have to deal with.

"I felt crippled to voice my opinion, especially because certain directors and the boys' club that they form can make you feel like, 'Oh, I can't say anything.' I was always fascinated by how I could see [a man] being late or being belligerent to a crew and it being totally acceptable; meanwhile, I'd show up 15 minutes late and be berated. And you watch this happen over and over and over again. Like, we're not allowed to have certain opinions or even be passionate about something, or they'll be like, 'God, she's really difficult.' It's like, 'Am I? Am I difficult because I care?'"

Ugh, this. Just, all of this. Can we please make a collective promise to never label opinionated women as "divas" from now on? Cool, now that we've figured that out, let's watch J.Lo take down the patriarchy for a few minutes: