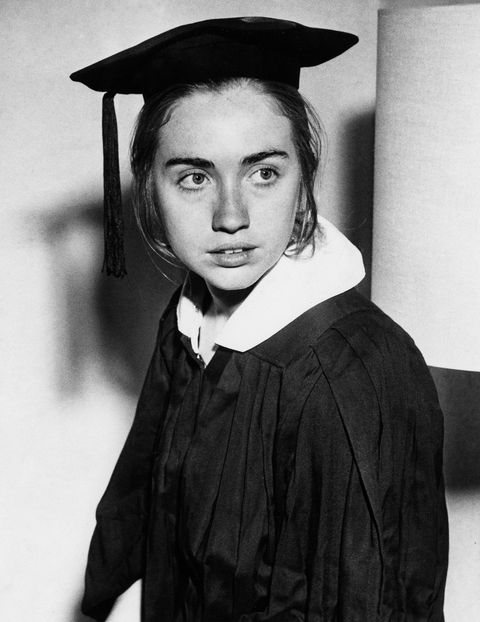 Back in ye olden days (read: 1969), Hillary Clinton was just your average college student—except she was so flawless that Wellesley College asked her to be the first student speaker to address a graduating class. The school has released Hillary's speech in full, and while you should definitely read the entire thing, there are a few stand-out moments that highlight just how invested Hillary was in the future of women—even from a young age.

"We arrived not yet knowing what was not possible," she said. "Consequently, we expected a lot. Our attitudes are easily understood having grown up, having come to consciousness in the first five years of this decade—years dominated by men with dreams, men in the civil rights movement, the Peace Corps, the space program—so we arrived at Wellesley and we found, as all of us have found, that there was a gap between expectation and realities. But it wasn't a discouraging gap and it didn't turn us into cynical, bitter old women at the age of 18. It just inspired us to do something about that gap."

Hillary did something about that gap by straight-up smashing the glass ceiling, and now she's the first woman to snag the nomination for a major political party. It's no surprise that this is how she ended her speech: "Fear is always with us but we just don't have time for it. Not now."