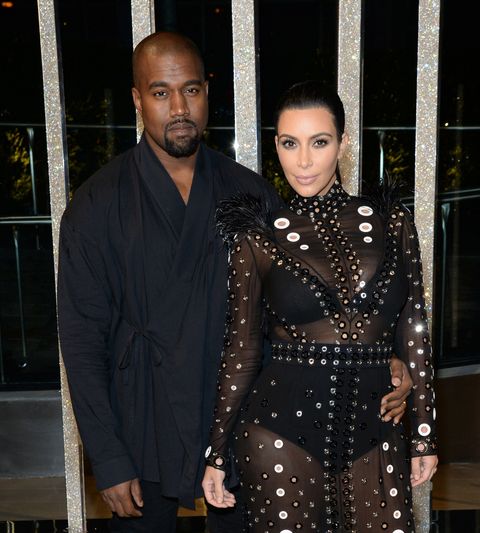 Piers Morgan, man with a lot of opinions, took a break from feuding with Chrissy Teigen and John Legend to write an op-ed for The New York Times (wait no, sorry, The Daily Mail) about Kanye West's controversial "Famous" video. More specifically, he felt the need to question Kim Kardashian's role in the video because #feminism.

"Your Famous video is a shockingly tacky, hideously distasteful, darkly sinister porn movie, nothing more and nothing less. Shame on you for making it and shame on your wife for so enthusiastically endorsing it. 'She's talented at being beautiful', you recently claimed about Kim. Only none of this is 'beautiful'. It's ugly; very, very ugly. And it makes yet further mockery of Kim's claims to be some sort of feminist icon. As with her pathetic topless bird-flipping selfies, this video actually serves the complete opposite purpose, portraying women as vulnerable pieces of meat for the delectation of the slathering public."

Okay, let's break this down. Intense rant-like vibes aside, Piers makes some good points about "Famous" in general—especially later in the piece, when he quotes Lena Dunham's thoughtful reaction. But this criticism of Kim seems...off base.

Most people can agree that feminism boils down to believing in equal rights for men and women, and Kim certainly has the right to chill out naked in a bed with her husband. Yeah, we could (and should!) chat about how this video plays into exploitation/violation, rape culture, and the male gaze—but frankly, none of these problematic themes have anything to do with Kim. She didn't make the video. Kanye did.

That said, can we please talk about how eagerly Piers is going to bat for Taylor Swift?

"I don't give a damn what kind of sexual depravity Kanye and Kim get up to behind closed doors, that's their business. But I do give a damn when they drag their twisted fantasies into the public domain like this purely to make money and promote Brand Kimye. Imagine how poor Taylor Swift feels? This is a talented young 25-year-old woman with a hard-earned wholesome reputation who's already been cruelly belittled by Kanye's lyric in the song: 'I feel like me and Taylor might still have sex. Why? I made that bitch famous.' Now she has to put up with him faking a naked waxwork dummy of her lying next to his nude torso. This is abuse, pure and simple; an older man exposing a younger woman to public sexual humiliation."

Again, some very valid points there, but we're thinking Taylor can stand up for herself on this one.