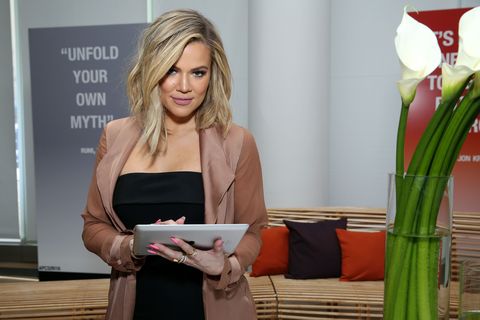 I’m the last person to bully but have an animal instinct to protect and defend my family.

While Chloë's tweet didn't directly call out Kim or her sisters, Khloé took offense and tweeted a photo of what she assumed was Chloë's vagina (what is happening, even) along with the caption, "Is this the a hole you're referring to."

At this point we should point out that Chloë is 19. Here's her first response:

And then uh, pretty much proof positive that the photo isn't her:

To state the obvious, posting images of a woman's vagina (any woman's vagina) on the internet doesn't seem like a great idea, no matter how epic your sister's feud with Taylor Swift is getting. In the words of Ruby Rose: