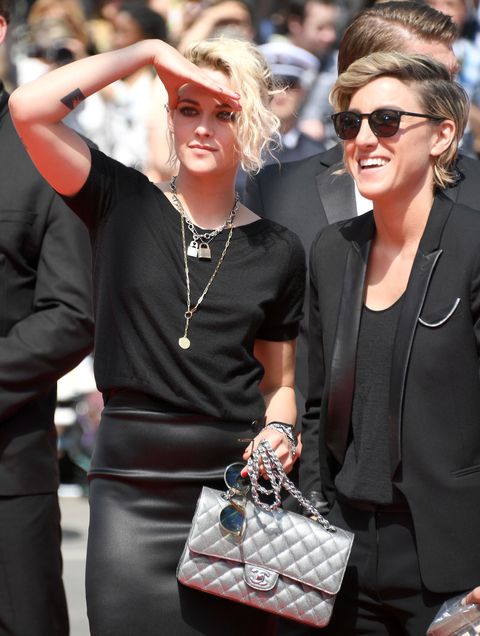 After lots of kind of (mostly ridiculous and sensational) speculation, Kristen Stewart has confirmed that yes, she is dating film producer Alicia Cargile. The couple have been together on-and-off for a while now, but Kristen says she can "feel again" now that they're back on track.

"Right now I'm just really in love with my girlfriend," Stewart tells Elle UK. "We've broken up a couple of times and gotten back together, and this time I was like, 'Finally, I can feel again.'"

The star hasn't readily opened up about her relationships in the past (to quote: "we were turned into these characters and placed into this ridiculous comic book"), but says her attitude shifted when she started dating a women.

"It changed when I started dating a girl," she said. "I was like, 'Actually, to hide this provides the implication that I'm not down with it, or I'm ashamed of it, so I had to alter how I approached being in public. It opened my life up and I'm so much happier."

This is so lovely to hear. Wishing these two all the 😍 .