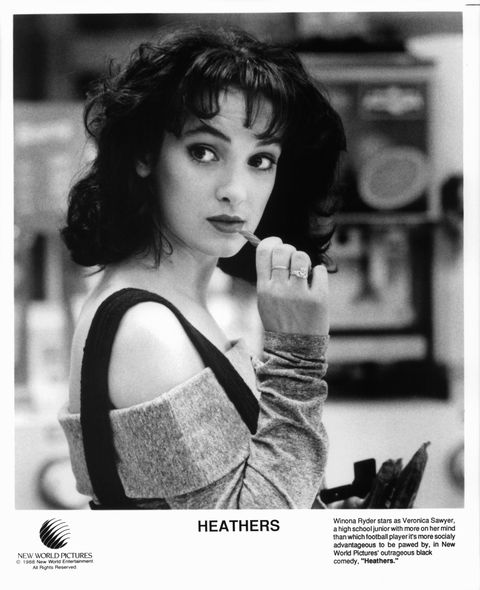 Winona Ryder took a pretty lengthy hiatus from mainstream Hollywood after her '90s heyday, and apparently she got up to all kinds of strange(r) things. (See what we did there?) "I did get a chance to explore during my 'hiatus,'" Ryder told The Cut. "I was really lucky, because when all you've done is this one thing, you become sort of insecure because this town can be isolating and you don't feel like you're capable of doing other things."

So, what did Ryder get up to? Oh, ya know, just some casual etymology. The star says she got "really into constitutional law for a while, and really into linguistics and etymology for a while."

Sounds amazing/weird, but going on hiatus doesn't make one invisible from fame. "I've been called a c*nt to my face by someone who was just saying they were a fan. I was with my parents having dinner," she said. "It was actually kind of upsetting, because it upset my parents, and then I got upset."

Ryder's even had to deal with stalkers, one of whom eventually traded her in for Alyssa Milano. "I had a few. One was really nice," she explained. "He kept showing up as an extra on movies, and you don't know. You have to be careful. So I told the director, because he was kinda creepy. And I got this letter in my trailer the next day that was like, 'I was just trying to get work as an extra! Just so you know, I'm not even obsessed with you anymore, I'm obsessed with Alyssa Milano now!' So he kind of left me for Alyssa Milano."

It's moments like this when you realize how truly amazing it is that anyone is able to stay grounded in Hollywood. Props to Winona Ryder for remaining so awesome when her normal = getting called the c-word and dealing with stalkers.