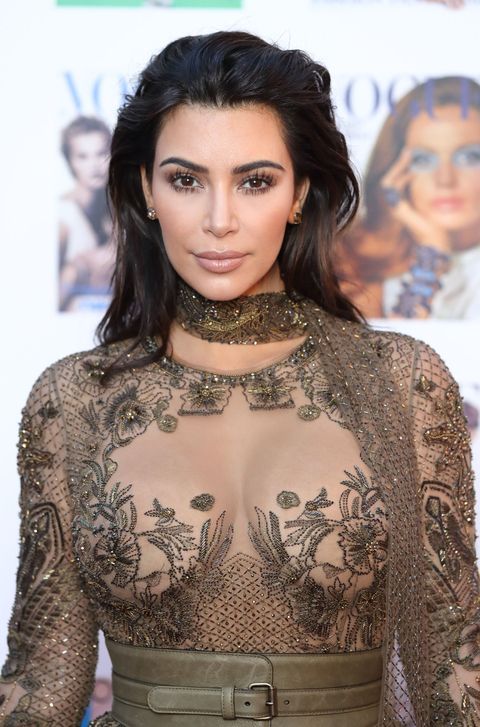 Kim Kardashian is a tech developer, reality star, and author (Selfish totally counts, guys), and she also happens to be one of the most body positive women in the game. But Kim comes under a lot of unfair and pretty sexist scrutiny surrounding her famous curves—specifically in regards to whether or not she's had butt injections. So, has she? Answer: No. But also yes.

In a recent live stream, Kim admits that she has, in fact, had injections—but there's a simple explanation. She suffers from psoriasis, and was told by a doctor that getting cortisone shots could help. Kim says rumors of fat injections started when she was spotted with a dent in her skin, a common side effect of the medication.

"I went to go get a cortisone shot in my butt," Kim says. "I lived right behind Kitson. One of my neighbors was a dermatologist at Cedars. I go in there and he's like, 'There's a one in a billion chance that you will get a huge indent in your butt.' Of course I get a huge indent on my butt."

As Kim goes on to note, there are several photos where the indent is visible. "There is a picture of me in Miami wearing an electric blue dress, and another picture of me walking down Robertson," she continues. "You see the indent. And I think that's when the rumors started: 'She's had implants.'"

Well, there you have it. Mystery of the 🍑 = solved.

Mehera Bonner Contributor Mehera Bonner is a news writer who focuses on celebrities and royals—follow her on Instagram.
This content is created and maintained by a third party, and imported onto this page to help users provide their email addresses. You may be able to find more information about this and similar content at piano.io
Advertisement - Continue Reading Below
More From Celebrity
Gwen Stefani Is Unrecognizable In New Insta Post
Lady Gaga Wore Serious Platform Heels in Rome
Advertisement - Continue Reading Below
North West's Pet Lizard Has Its Own SKIMS
Is Harry & Meghan's Archewell Update a Royal Diss?
Why Is the Royal Family Called "The Firm?"
Meghan Says Palace Is “Perpetuating Falsehoods"
Twitter Blasts Media's Targeting of Duchess Meghan
Palace Is Looking Into Meghan Bullying Allegations
Meghan & Eugenie Are Still Close After Royal Exit
Harry's Oprah Interview Suit Is a Nod to Archie