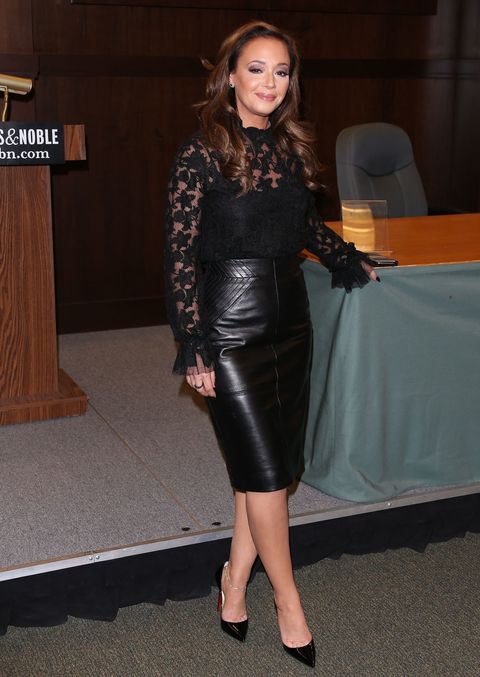 Have you been itching for more details about Scientology ever since Going Clear? Leah Remini, who has very publicly left the secretive church, is here for you. According to The Hollywood Reporter, she is working on a TV series that looks like it'll be your newest addiction.

The show will air on A&E early next year, and it's already in production. Details about the show are being kept under wraps for now, but will include details from Remini's own life as well as the families of current Scientologists. Scientology blogger Tony Ortega reported the news this summer, and noted that it would focus on "the way Scientology rips apart families."

Last year, Remini published the tell-all memoir Troublemaker: Surviving Hollywood and Scientology, where she revealed major dirt about Scientology and its celebrity members like Tom Cruise. She said that she realized that she didn't want to raise her daughter in the church. "In 10 years, if I didn't want to be connected to the church anymore, my own daughter would be taught to disconnect from me," she said. "I didn't want to create that. I didn't think that would be healthy for her."

Here's hoping Remini has a few more juicy details about Tom Cruise's wedding in her back pocket. If so, this show is going to be a must-watch.