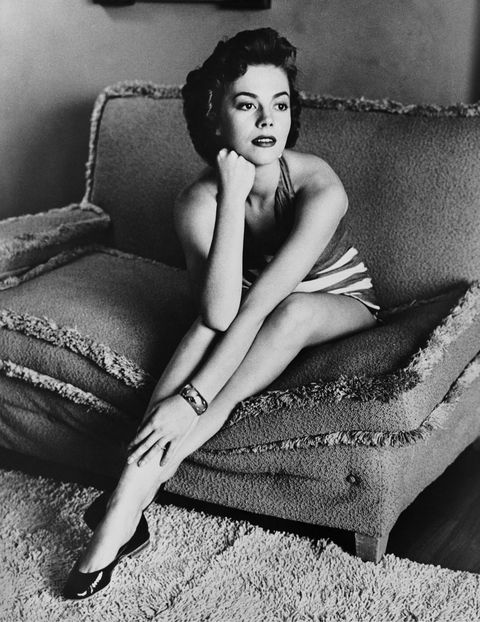 Natalie Wood died in 1981, and thirty-five years later her daughter Natasha Gregson Wagner has collaborated on a book about her life. Along with an introduction from Robert Wagner, the book features a personal essay by Wood wherein she opens up about Marilyn Monroe's shocking death.

"I had known her and seen her days before her death," she writes. "Her beauty, charming wit, and joy of life seemed paradoxical to the tense loneliness which she faced in her life, and was to me, clearly apparent...I realized that her tragedy reminds us all how vulnerable we are, and I chose to try to be stronger."

Wood also wrote about the dissolution of her first marriage to Robert Wagner, saying "It was extremely difficult for us to really face serious flaws in the relationship when everything looked so ideal on the surface. Looking at it from the outside, we must have seemed like the American Dream. We were both attractive and successful, so what could possibly be wrong? One needs more than approval or fame or wealth to be nourished. It was as if I were the total of all the parts I had played and I had no idea who I really was."

Wood worried that she might "join that sad parade of famous movie ladies who wind up desperately lonely, with nothing more substantial about them than their scrapbooks and old photos, and memories of romances and divorces." She eventually met Warren Beatty, who she described as "Mount Vesuvius, a live volcano with eruptions each day."

"We were both so confused that we thought fighting and hostility meant real emotional honesty," Wood wrote of Beatty. "I felt that I should be punished for having failed in marriage. I was trying to punish myself by sticking to a relationship that was going nowhere."

Before her death, Wood remarried Wagner and had another daughter. They are pictured together below.