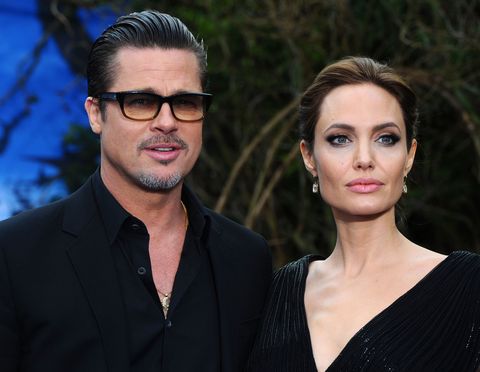 Following news that the Los Angeles County Department of Children and Family Services have expanded their investigation into alleged incidents between Brad Pitt and his wife Angelina Jolie, it's been reported that the actress had to endure a four-hour interview with the FBI.

The agency questioned Jolie (and a few of her children) about the events that took place on September 14, when Brad Pitt allegedly had a physical and verbal altercation with his son Maddox.

"The agents wanted a breakdown of everything that happened from when the plane took off to when it landed," a source tells Us Weekly. "They're looking into charges of assault."

Jolie is reported to have "fully cooperated" with the FBI, and she's taking care of her children as the investigation continues. Pitt, who has visitation, is seeking joint physical custody—though neither party wants to go to court "because everything the FBI and DCFS investigated will potentially be made available to the public, which would be bad for the entire family."

The FBI will reportedly investigate the Jolie-Pitt family (and key witnesses) for another couple weeks, at which point "they will present the case to the prosecutor, who will evaluate whether they feel the need to bring charges against Brad."

Mehera Bonner Contributor Mehera Bonner is a news writer who focuses on celebrities and royals.
This content is created and maintained by a third party, and imported onto this page to help users provide their email addresses. You may be able to find more information about this and similar content at piano.io
Advertisement - Continue Reading Below
More From Celebrity
Serena Gave Daughter Olympia a Tennis Lesson
Meghan Shared What Helped Her Through 2020
Advertisement - Continue Reading Below
Kylie and Travis Are "Very Close" After Reuniting
Meghan's Book 'The Bench' Tops Best Sellers List
Kaavia Talks to a Bee in an Adorable IG Video
David Harbour on Being Stepdad to Lily Allen's Kid
Ben Affleck Is "Getting to Know" J.Lo's Kids
Salma Hayek's Owl Had a Mishap With Harry Styles
Princess Diana Always Dreamed in Living in Cali
Angelina Jolie Was Spotted Leaving Her Ex's Place