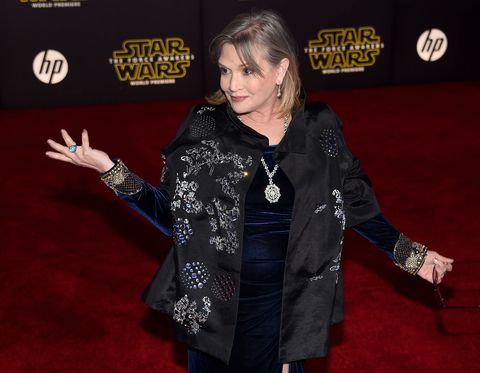 In an interview with Stephen Colbert, Princess Diarist Carrie Fisher reveals that she was packed off to a fat farm before filming the first Star Wars. "They want to hire part of me, not all of me," she said. "So they want to hire about three-fourths...so I have to get rid of the fourth somehow."

Then it gets even weirder: Apparently Ann Landers and Lady Bird Johnson were both there as farmers (campers? inmates??) too, the former to push advice on Fisher, and the latter to keep misremembering one of the most popular sci-fi franchises of our time as Car Wash. Sounds like a party—or a sequel.