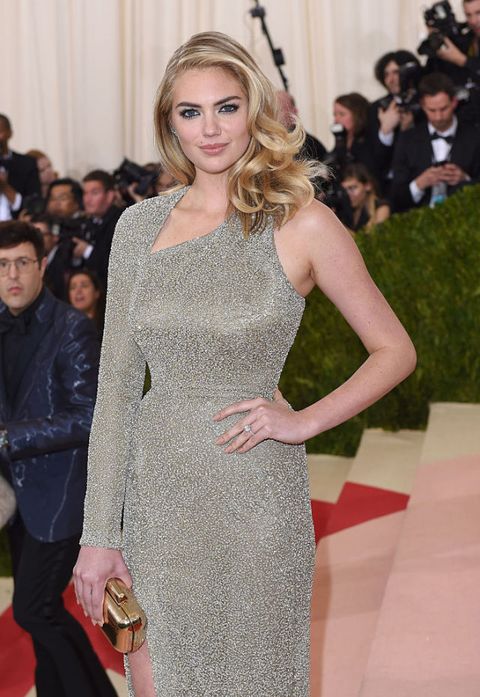 Even a Sports Illustrated swimsuit model has to deal with haters.

Kate Upton recently opened up about her struggle with body image in an essay for the October issue of Glamour. Upton revealed that her now-famous curves were a source of criticism when she started modeling and she was even told to lose weight—not just once or twice, but "all the time."

"Where I grew up, it was considered a great thing to have a curvy body to fill out a bathing suit," Upton explained.. But the modeling world didn't agree. "For that to be a negative was so confusing to me."

As we've heard from many models before her, Upton was told to lose weight. "At first I tried to diet to become their image, but eventually I realized that it wasn't realistic—that this is just the shape of my body," Upton said. "So I had to block them out. I think that the people who are the loudest about wanting to change you are the people with the least amount of vision and creativity."

"I think that the people who are the loudest about wanting to change you are the people with the least amount of vision and creativity."

This isn't the first time Upton has preached body positivity in the face of criticism. She has also become an source of #Fitspo, documenting her hardcore workouts on Insta:

And now, Upton knows how to deal with the haters and the negativity. "In the beginning it was so hurtful. But I have to say, the other day I was reading some negative comments, and I was thinking they were really funny." Look who has the last laugh.