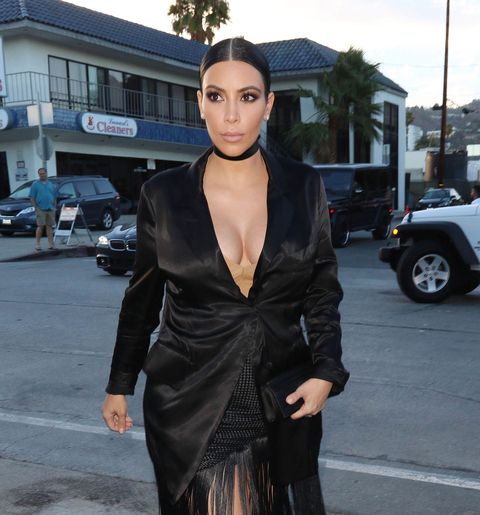 Kanye West is fresh off a meeting with Donald Trump, where it was revealed that they're "just friends" who chatted about "life." The meeting was a unexpected and somewhat strange decision on Kanye's part, especially because Trump has a history of body shaming the rapper's wife, Kim Kardashian. (Who, by the way, voted for Hillary.)

So, what does Kim think of her husband's beautiful new friendship with our future POTUS? She's reportedly unsurprised.

"Kim knew Kanye was coming on this trip. She's not surprised by this," a source tells Us Weekly. "Kim knew that Kanye supported Trump before this. Kim and Kanye definitely differ on their opinions—obviously, she voted for Hillary."

The source went on to explain Kanye's reason for visiting Trump: "He looks at Trump as a celebrity who is able to influence the greatest office in the world, not as a politician. Kanye believes celebrities can be more powerful than our politicians."