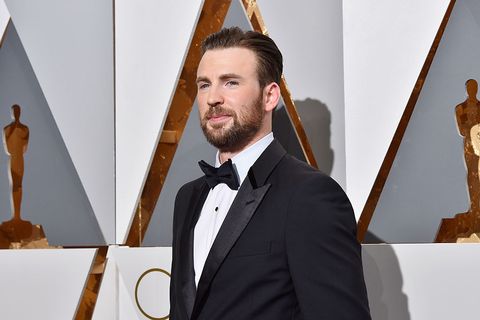 It all began last Wednesday, when Evans took to Twitter to say that if David Duke was supporting the confirmation of Jeff Sessions as Attorney General, then you know it's wrong.

If David Duke....DAVID!...DUKE!... thinks you're right, then you are unequivocally wrong. The confirmation of @jeffsessions is beyond words. https://t.co/CuLUznwO6S

Duke responded by saying that after 8 years of "black radical Marxists" he was grateful to have an attorney general that would "defend decent American people - rather than thugs."

Thank God after 8 horrible years of black radical Marxists we finally have an AG who will defend decent American people - rather than thugs. https://t.co/fsxQHghD55

Typical dumb actor - if everything I say is wrong, then when I say I oppose these Zionists wars, you must be for them, Captain America!? https://t.co/fsxQHgzdWD

Evans responded by throwing some of his own words back at him.

well if these nuggets of bigotry are some of your OTHER thoughts, then I stand by my original tweet https://t.co/YSrOCDuyBw

We can't let hatred be the loudest voice. https://t.co/bqRPRXo453

Then on Sunday, Duke really took the trolling up a notch by posting a collage of Evans with various women of color, as well as Jenny Slate (who is Jewish), and writing, "Why does Chris Evans, who plays the Jewish inspired super hero, Captain America, hate the women of his people so much? #WhiteGenocide."

To which Evans responded, "I don't hate them. That's YOUR method. I love. Try it. It's stronger than hate. It unites us. I promise it's in you under the anger and fear."

I don't hate them. That's YOUR method. I love. Try it. It's stronger than hate. It unites us. I promise it's in you under the anger and fear https://t.co/RGnH4rrblq

Advertisement - Continue Reading Below
More From Celebrity
A Full Timeline of Tyler C. & Hannah B.
Blake and Ryan Donate $400K to NY Hospitals
Advertisement - Continue Reading Below
Prince William May Work as an Air Ambulance Pilot
Harry Is Likely to Get U.S. Diplomatic Status
Harry Was Forced to Give Up His Military Titles
Ariana Grande Revealed Her Natural Curls
Fans Love This Accident Meme of Queen Elizabeth
Kate and Will Are Symbolically Leading Monarchy
Meghan & Harry Posted Their Last Sussex Instagram
Kate Middleton Takes Off Her Engagement Ring