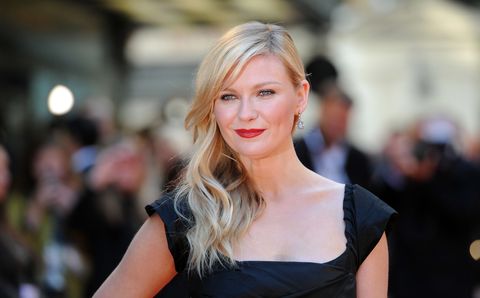 Ask any actor, and most will admit that filming sex scenes is pretty much the least sexy thing ever. Unless your idea of sexy is simulating intimacy while a bunch of randoms watch you, in which case more power to you.

But "Team Not Here for Sex Scenes" just got a new spokesperson: Kristen Dunst. Who did *not* enjoy filming her scene with Colin Farrell in The Beguiled.

"I am on the floor and my clothes are being ripped," she said in a recent interview. "I don't like it, I don't like it. To be honest, I'm like, 'Let's get this over with as fast as possible.'"

Dunst says working with director Sofia Coppola made things slightly easier than working with any given male director who'd want "to shoot it from every angle."

"At least Sofia's like, 'We're going to get this done quick, we're just gonna shoot it here, we'll do three takes, be done,'" she said. Meanwhile, Colin Farrell added, "It's harder for women. And women have in the history of cinema...been more exploited of course, through the means of sexuality, by men than men have. So, it's situations like that, any love scenes that I've been a party to over the years, you just [do] whatever your female dance partner needs."

He added, with an extra flare of feminism, "I really think a woman should be the boss completely in those scenes, whatever she needs to make her comfortable and allow her to have the freedom to do the job she needs to do."

Mehera Bonner Contributor Mehera Bonner is a news writer who focuses on celebrities and royals—follow her on Instagram.
Advertisement - Continue Reading Below
More From Celebrity
The Most Iconic Weddings Throughout History
Harry Feels "Overwhelming" Guilt Away From Family
Advertisement - Continue Reading Below
Meghan's Son Archie Loves Doing FaceTime Playdates
Cody Embarrassed Miley By Reading Her a Love Poem
Kendall Said Kourtney's Breakup Damaged Her
Ryan Reynolds' Response to an IG Fitness Challenge
Rare Photos of Queen Elizabeth Through the Years
Meghan Might Have to Sponsor Harry's Visa
Philip & The Queen Reunite After 2 Years Apart
How Meghan Markle's Son Archie Is Doing in LA