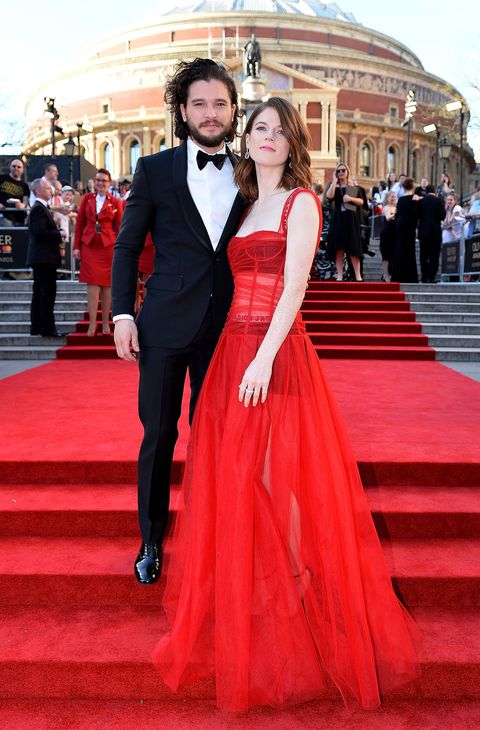 They might not have lasted on Game of Thrones, but Kit Harington and Rose Leslie are still going strong IRL—and have even taken a big new step: "I've moved in with my best friend, Rose," Harington told James Corden during a recent interview. "So, I'm very, very happy and it's going well. She has all sorts of ideas for the house…. I said to her, because she moved into my house, 'Look, darling, this is important that it's our space, that it feels like our space, that you haven't just moved into mine. Move anything you want around—change anything, chuck anything out. I went to the shops and I came back and said, 'What did you decide?' And she said, 'We're moving the kitchen downstairs.'"

Adorable, but the question on everyone's mind (er, at least fellow Late Late Show guest Nicole Kidman's): When are they getting married?

Nicole: "Are you going to get married, or?"

Nicole: "No, I just think it's kind of nice if you're going to live together maybe to at least get engaged."

Kit: "I've been put on the spot by Nicole Kidman! I mean, it's step by step, step by step."

Cool, but when though.