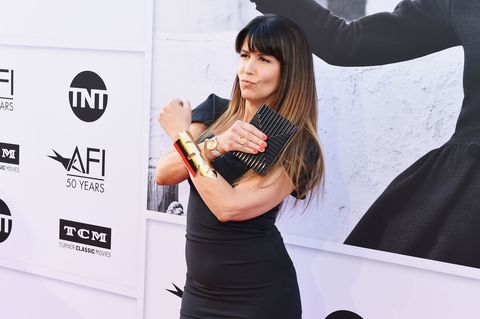 Remember when that theater in Austin showed a woman-only screening of Wonder Woman, and the trolls on Twitter had an actual meltdown? Well, somewhat surprisingly, director Patty Jenkins isn't fully on board with the female-centric screenings either.

During an interview with The Frame, she said the following:

"I actually have sort of mixed feelings about all of that only because I do believe in not excluding anyone from anything. And so, on the one hand, I'm so delighted by those screenings and want people to be able to have those screenings. On the other hand I can imagine being offended if I'm excluded from those screenings, particularly because Wonder Woman herself has a very, very passionate fan base, many of whom are men. And many of whom are men who are disenfranchised from their own gender or their own identity. And I would never want to leave them out of anything, you know?"

She concluded: "I could switch to either side of the argument, but I certainly think it's wonderful... there have not been that many female-skewed things and certainly there have been many, many male. So I celebrate that."

By contrast, the mayor of Austin wrote the most sarcastic and amazing email of all time in response to the controversial screenings—you can read it here.