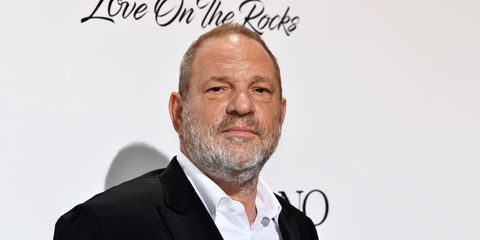 Sandeep Rehal, a former personal assistant to Harvey Weinstein, just slapped another huge lawsuit on her old boss, saying she was forced to clean up messes from his sexual "encounters" and take dictation from him while he was naked.

The lawsuit asserts that Rehal was forced to manage Weinstein's supply of injectable erectile dysfunction drugs, clean semen off his office couch, and pick up his used condoms. She maintained Weinstein's list of contacts and had to use an asterisk to identify his sexual partners.

Related Stories
What If We Just Believed Women?
Sexism's Snowball Effect
I Was a Child Actress in Hollywood

Rehal herself was also subjected to unwanted touching by Weinstein and is now suffering from "severe emotional distress" because of "incessant sexual harassment." After working for the movie mogul for two years, she described her work environment as "sexually hostile." Her degrading treatment constituted illegal sex discrimination, Rehal alleges in the suit.

Weinstein spokeswoman Holly Baird said he "categorically denies these claims." She said Weinstein's lawyers "will respond in the appropriate legal forum with evidence proving they are untrue."

"To say Weinstein's behavior was harmful, tawdry, demeaning and offensive is an understatement."

"To say Weinstein's behavior was harmful, tawdry, demeaning and offensive is an understatement," said Genie Harrison, an attorney for Rehal.

Dozens of other women, including famous actresses, have accused Weinstein of sexual harassment and assault, catapulting the start of the Times Up movement.

See all of Rehal's statements in the court documents below: