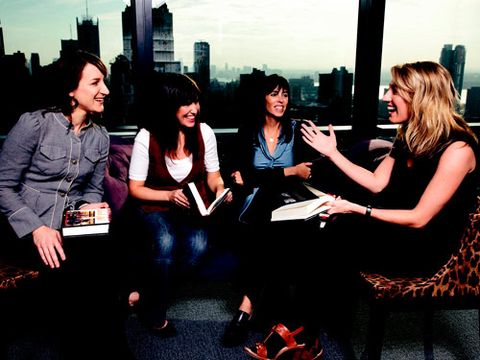 At 4 a.m. on New York City's Lower East Side, Ike Marcus is shot and killed. His drinking buddy, Eric Cash, says two kids from the projects nearby did it. But when Cash is hauled in for questioning, the detectives decide he is the shooter and break Cash down until even he's not sure what happened. The latest from Richard Price (Freedomland, Clockers) is more than just a crime novel — it's a window onto the strain that occurs when gentrification comes to a neighborhood.

YAEL (ASSOCIATE EDITOR): I read the first 250 pages in one day — it was awesome. But once I got to the parts with the memorial service, when friend after so-called friend is eulogizing Ike with this ridiculous crap, like how good he was in bed — it kinda lost its momentum.

LUCY (EXECUTIVE EDITOR): I completely agree. I love a police procedural as much as the next gal, but at a certain point I felt like it was a slog. I got this sense that Price was caught up in writing an epic, so it felt a little overworked.

LAUREN (ARTICLES EDITOR): Well, I loved this book. I don't read a lot of this genre, but I have watched my fair share of Law & Order, and this was sort of like a great extended episode to me.

EILEEN (ASSISTANT EDITOR): Or The Wire, which Price was a writer on. And the way the story was structured, you did get that sense of a camera cutting from scene to scene.

LUCY: I did think the big sociological idea — the clashing of demographics in a neighborhood that's in transition — was riveting. The way different cultural influences are moving in and others are forced out ... a wonderful backdrop for a book. And it's happening all over the place.

YAEL: I thought Price really nailed the fallout of a senseless murder and that we're all vulnerable. When the guy goes down, it's like he "slipped on ice," as one character puts it — the ultimate anticlimax.

LUCY: For me, the joy of reading this was more in the set pieces and the language than in the plot: "To the west, the 14-story buildings were towered over by One Police Plaza and Verizon headquarters, massive futuristic structures without any distinguishing features other than their blind climbing endlessness." That is so genius.

EILEEN: And the way he captured the slang and the jargon, like the kid calling his friend a "dolgier" — meaning, a do-anything soldier. You could just hear it.

LAUREN: What'd you think about Eric Cash? When he says he wants to run into a brick wall every time he hears about somebody he knows who sold a screenplay? I could totally relate to that.

YAEL: Yeah, but the self-loathing just seemed to drag on and on. Yes, I felt bad for him — I mean, he's a witness to a horrible crime and the cops think he did it. And while I did like the book overall, I got tired of reading about Cash's bitterness. It's like, get over it already.


SHOULD YOU READ IT?